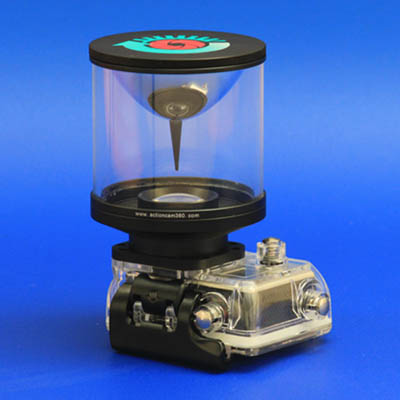 The virtual reality (VR) industry has understandably mixed feeling towards 360 degree live action footage and its association with the technology. While this unique media can be viewed within head-mounted displays (HMDs) such as the Oculus Rift, many would argue that the 2D nature of most content keeps it from reaching the heights of true, 3D VR. Today, however, actioncam360 has revealed what is an undeniably positive use of this platform, using 360 degree footage to encourage taking part in sports for young children with disabilities.

The team at Trimmersion has used the actioncam360, a custom designed housing that can turn one GoPro camera into a 360 degree capture device, to record a recent triathlon in panoramic view. Filmed at the Triathalon Audencia La Baule last September, the team took the camera swimming, running an cycling in order to capture content that they then hope to share with children as a method of inspiring them to take part in more sports.

“Actioncam 360 Ltd were very excited to be asked to support this amazing project to allow disabled children experience brand new technology and an introduction in the sporting world which they would normally have been excluded from.” said Barnaby Brown, MD at actioncam360 Ltd. “Such a simple piece of technology is now instrumental in transforming lives.”

VRFocus will continue to follow any and all uses of VR, reporting back with the latest on them.