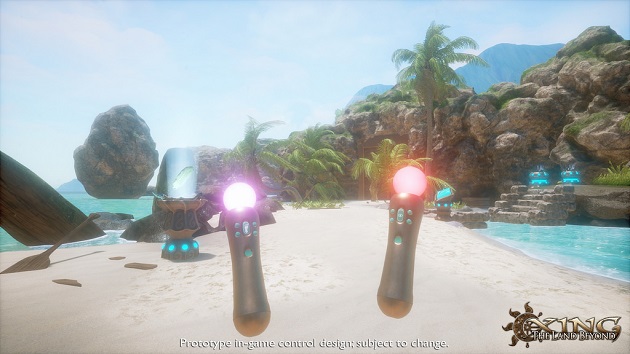 There’s only a few hours to go until Sony Computer Entertainment’s (SCE’s) press conference at the Game Developers Conference (GDC) 2016 in San Francisco, California. With virtual reality (VR) having such a presence at GDC 2016 many are expecting some big announcements regarding the PlayStation VR head-mounted display (HMD) for PlayStation 4. Prior to the conference the PlayStation.Blog has now revealed XING: The Land Beyond is coming to the headset.

XING: The Land Beyond developer White Lotus Interactive raised some $30,100 USD to bring the title to PC via a Kickstarter crowd-funding campaign back in 2013, hitting a stretch goal for Oculus Rift support. Then in November last year the studio announced a PlayStation 4 version, additionally saying it was ‘looking into’ support for PlayStation VR.

On the PlayStation.Blog White Lotus Interactive wrote: “We are always designing with VR in mind: from the way players interact with objects, to the scale and atmosphere of each level, to the overall menu construction. Each of the puzzles is thoughtfully integrated into the environment surrounding it, which helps to make everything flow nicely together.”

“Our trip to PSX last year proved to us that XING has a home on PlayStation, and it’s nice to know that supporting PlayStation VR will let players experience something new within an environment they love.”

“Our team is having a great time developing for PSVR, and is continually amazed at the potential VR brings to video games. Plus, the PlayStation VR headset is very comfortable to wear and looks totally rad. We are mainly excited that it will allow more people to be able to experience XING in VR, and explore the detailed and vibrant world we have created in a whole new way.”

The developer also mentioned XING: The Land Beyond will support the PlayStation Move controllers, so users can choose between them and the standard DualShock 4 units.

VRFocus will continue its coverage of XING: The Land Beyond and PlayStation VR, reporting back with the latest announcements.