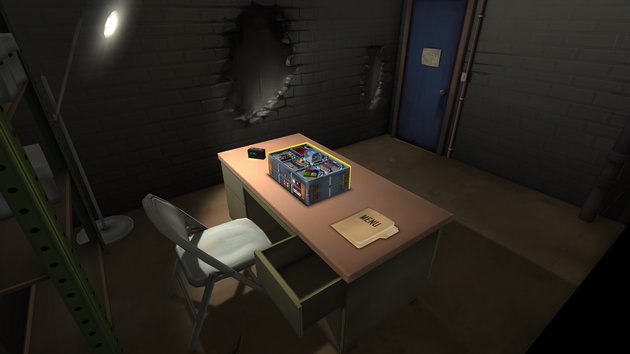 The Oculus Rift virtual reality (VR) head-mounted display (HMD) may not be out until early next year, but it’s already seen one of its most anticipated software releases in Steel Crate Game’s Keep Talking and Nobody Explodes. This wholly unique co-op experience proves the power of social VR by having 2 players – 1 wearing the HMD – diffuse a bomb by solving various puzzles against a clock. It’s a fun, frantic and powerful early example of how the technology will be offering entirely new types of experiences.

It’s a strikingly simple idea, capitalising on the HMD-wearer’s inability to see the real world. With the bomb ticking away in front of them, players must listen to their partner, who asks questions based on a manual that they’re reading. Together they’ll work out what type of bomb they’re working with and how best to disarm it.

Now VRFocus is giving you the chance to win it for yourself. Steel Crate Games has kindly supplied 3 Steam keys of its new release. Note that an Oculus Rift DK2 is NOT required to play Keep Talking and Nobody Explodes. It can also be played on a standard screen or of course saved for use with the consumer hardware. The free manual for the second play can also be downloaded from an official site.

All you need to do to take part is sign in to the app below and you’ll be automatically entered into the prize draw, we’re also giving you another two chances to enter for those who subscribe to our Twitter and YouTube accounts and an additional entry if you follow @KeepTalkingGame on Twitter. A final entry can be gained by watching our recent interview recorded with the developers of the game on YouTube – so plenty of opportunities with this contest.

The competition is open worldwide and you must be 13 years or older end 19th October 2015, 11:59PM (UK). The winners, drawn at random will be announced on Tuesday 20th October 2015. Best of luck to everyone. You can find our general Competition Terms and Conditions here.

VRFocus: Win Keep Talking and Nobody Explodes On Steam

The post Win Keep Talking And Nobody Explodes With VRFocus appeared first on VRFocus.