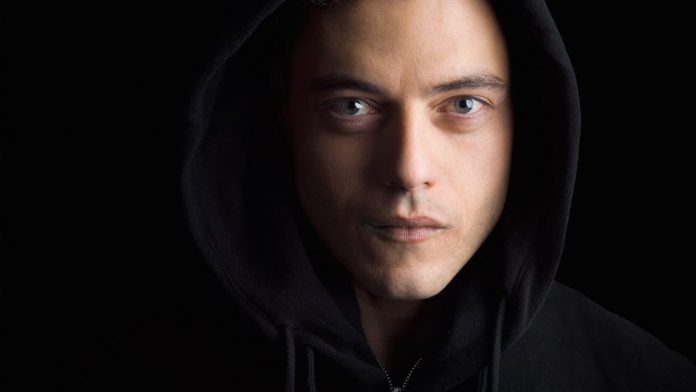 The television series Mr. Robot has become hugely popular since its debut last year, originally available exclusively via on-demand services. At this year’s San Diego Comic Con a landmark play was made by USA Network – the programme’s terrestrial home in the US – bringing a virtual reality (VR) exclusive prequel episode to the attending audience for a one-time only showcase. Be there, or miss it: or at least that’s what we were lead to believe.

Since that premiere it has been confirmed that not only were there multiple opportunities to see the preview at San Diego Comic Con – thanks to another on-demand service, Uber – but also audiences around the globe will get the opportunity to see the VR prequel on multiple formats in due course. More important than the distribution of Mr. Robot’s VR experience however is the fact that it exists at all.

‘What’s so special about Mr. Robot?’ You might well ask. In truth, as critically acclaimed as the series has been, it’s not the IP that makes this experience special, but rather the way in which it has been produced.

‘But it’s just another marketing tool, isn’t it?’ Well, yes. And yes this has been a keen bandwagon for a number of years now, with everyone from tourism companies to cheese product manufacturers, mobile phone service providers to Marvel having jumped on board. But Mr. Robot’s experience is different; most notably in comparison to the latter.

While Marvel produced a couple of entertaining Gear VR experiences based on The Avengers franchise, they were short lived and offered little value to the fanbase. An entertaining experiment, but undeniably shallow. Mr. Robot is different, as it is essentially a new episode. Though only 12 minutes long, Mr. Robot’s VR experience is cannon; featuring the same writer, actors and locales of the television series. Mr. Robot now has a prequel episode that is tied to the franchise. Its additional character exposition that won’t ever be considered essential, but just as with The Matrix’s spin-off collaboration series, The Animatrix, will be seen as hugely important to the core audience. 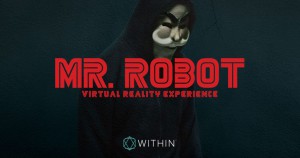 Mr. Robot could well mark a turning point in the acceptance of VR in mainstream culture. No longer is the medium subjected only to disposable content spun-off from entertainment franchises that reside solely in other media, but instead now receiving its own unique pieces that fit in-line with the core bloodline releases. Mr. Robot’s VR experience sits closer to an animated short or mini-series tied to a film than a trailer or webgame spin-off; a first for VR, and one which could only be interpreted as a sign of good things to come.