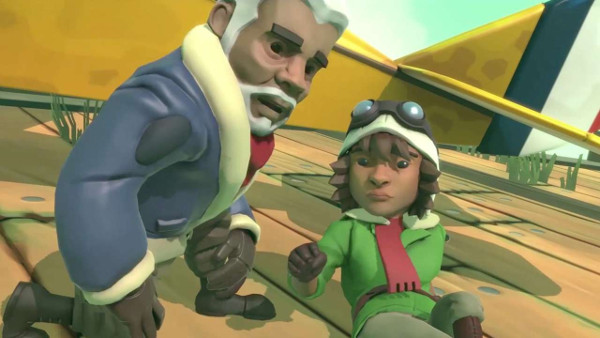 Framerate is one of the most important aspects of creating a smooth virtual reality (VR) experience. Oculus VR, for example, has set a minimum target of 90fps for those working on content for the Oculus Rift head-mounted display (HMD). Sony Computer Entertainment (SCE), on the other hand, is taking a unique approach to the framerates for experiences running on its upcoming PlayStation VR HMD. The tech is able to ‘reproject’ experiences running at 60fps natively at 120fps in-HMD. Of course, developers still need to hit that demanding 60fps mark themselves, which is something that Wayward Sky developer Uber Entertainment can now confirm it is achieving.

The developer confirmed as much to VRFocus this weekend at the 2015 PlayStation Experience fan event in San Francisco, California, where Wayward Sky was on display. The upcoming title mixes both first and third-person gameplay using the PlayStation Move motion controllers. At times, these will be used as a form of hand-tracking, allowing players to pick up and interact with objects in much the same way that other position-tracked titles like The Gallery and Job Simulator seen on the HTC Vive and Oculus Rift do. Elsewhere, Wayward Sky takes the form of a point-and-click adventure.

The title casts players as Bess, a young pilot that’s flying with her father before crashing into a fortress that suddenly appears through the clouds. Bess awakens to find her father kidnapped and must make her way through the fortress in search of him, solving puzzles and more on the way. It started life as a project for Oculus VR and Samsung’s Gear VR mobile-based HMD before being transported over to PlayStation 4. A release date for the project has yet to be announced, although PlayStation VR itself isn’t expected to launch until the first half of 2016.

Stay tuned to VRFocus for the latest coverage on Wayward Sky and all other PlayStation VR compatible titles.