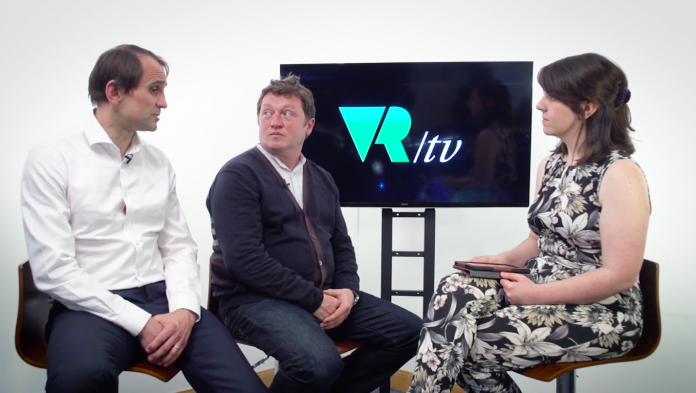 The latest episode of VRTV has arrived and it is the seventh one to feature with some of the most up-to-date news in the industry accompanied by the announcement of the competition winner, and last but certainly not least: interviews with two studios with two different visions that will both lend to the industry for virtual reality (VR).

The latest piece of news featured in this episode is that of what was revealed last night during Google I/O that there will be a new mobile VR head-mounted display (HMD) to surpass the experimental Google Cardboard, Google Daydream. As it is stated in the news round-up, more news will be coming from this ongoing event and VRFocus will continue to report on the stories that come from it – as well as developments of the other news stories featured too.

The two interviewees to appear on VRTV come from two different types of backgrounds, yet share many opinions and discuss the same topics that occur in both studios. First to join is Dr Cyril Godart, CEO of Virtual Insight, a relatively small but focused studio who is working on World of Piano, a project to teach piano with the use of VR – the possibility of augmented reality (AR) is also discussed during the interview.

Next to join the discussion is Infinite360’s Matt Morgan who talks of how the VR content producers stemmed from a mainstream content company to creating VR-centric videos and experiences. The interesting point that Morgan talks about is the fact that Infinite360 is the first studio in the UK to have received the Nokia OZO, a professional-grade VR camera.

As previously mentioned the winner of the EVE Fanfest competition has also been announced, so if you tweeted Zeena the answer to the question in VRTV #6 then it is certainly worth checking out if you are the chosen one to get your hands on the EVE themed prizes.

Check back with VRFocus for follow-up pieces regarding VRTV, and it can be said that there will be some particularly important information regarding the next steps the show will be taking. Until then stay with VRFocus for the latest news and updates in the world of VR.