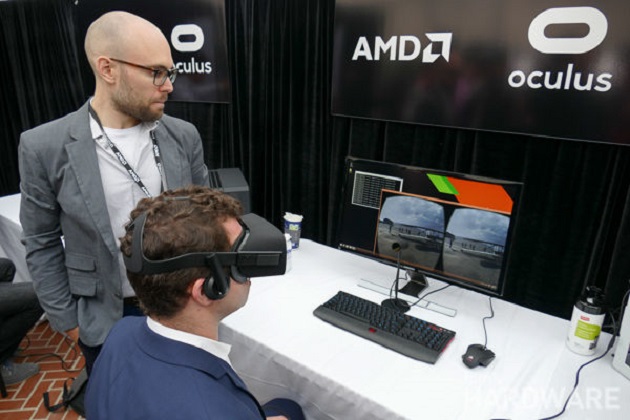 CES may be beginning this week in Las Vegas but it is not the only January event for lovers of virtual reality (VR). We’re but a few weeks away from the first event in the 2016 calendar for Virtual Reality Los Angeles (VRLA), with the 2016 Winter Expo returning to the LA Convention Center and Petree Hall on January 23rd 2016.

However, the latest announcement from VRLA organisers is one that does not only affect the upcoming expo but all of VRLA’s calendar of events in 2016.

It has been confirmed that AMD, with whom VRLA has partnered on expos previously, will be maintaining that partnership and will in fact be “presenting” VRLA ‘s 2016 events. The press release also confirmed that AMD’s Corporate Vice President of Alliances Roy Taylor would be giving the keynote speech at the Winter Expo as well as making a major announcement.

Speaking on the partnership, Taylor commented “There’s no doubt virtual reality is gathering steam, and it’s the PC industry and its  developers driving this initiative, in partnering with VRLA for their 2016 events, we’ve committed to build the road to success brick-by-brick with the rest of the industry as VR aims to become the next immersive content hub.” The VRLA themselves declaring they are “thrilled” by the news.

Further details about the expo can be found at the event website. VRFocus will continue to bring you the latest news on the VRLA Winter Expo as new announcements are made.