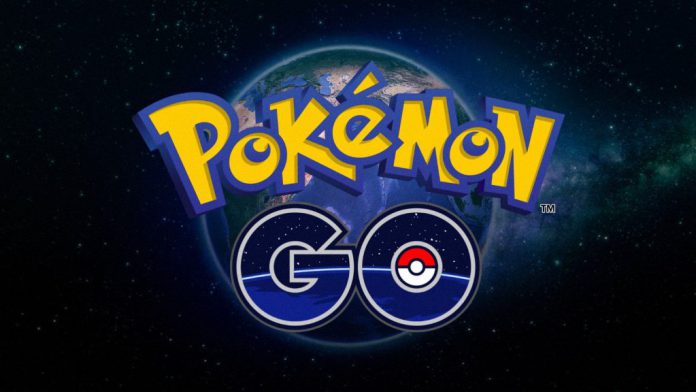 Well let’s be honest here folks, what else was I going to write about this week? A few days ago, though not officially in the UK yet at the time of writing (it turns out Brexit is a gym leader or something), Pokémon GO was finally released to much fanfare and clamour and general swearing at servers and services. Finally, after two decades of endlessly moving in and out of long grass, fans could truly do what is necessary to be a, or even 2.B.A, master.

I could legitimately end up writing about Pokémon GO and augmented reality (AR) on this column for the rest of the month, such has been its impact is so short a time. For the time being however let’s look though one points from the initial few days for now namely that AR just became a player – and VR should take note.

Contrary to some tweets that I’ve seen no this success doesn’t mean that AR will overtake virtual reality (VR) nor is it suddenly on parity with VR. I even saw some social messages that Pokémon GO had apparently ‘killed’ VR. Firstly thank heavens the finished product looks better than the mess we saw a few months back. That was (Pur)ugly. Secondly, that’s a cute sound bite but if we had a funeral for every time someone went ‘[some new item] had killed VR’ we’d still be having them in 2026. What it has done though is legitimise AR as a potential platform.

But you see this is what you get when you actually marry “new” technology with twenty years of loyal fan following. Haven’t we been saying that with virtual reality (VR) for ages? That we need AAA franchises involved? Things that will help people connect with it? Help pull them over from the sidelines and make them see the things they love could be more. Hint hint game makers, this could be you they were talking about and not Nintendo. (Which isn’t exactly accurate and something we’ll probably talk about next week.)

We’ve talked about perception on VR vs a few times and historically Pokémon GO is in no way the first Augmented Reality video game title. However, the perception from a lot of people is that it is. Like it or not, and there are some out there that don’t and even those complaining that it isn’t even AR (déjà vu?) Pokémon GO has probably got more people talking about AR than people have actually talked about it since Pokémon first burst onto the scene. I’ve lost count of the amount of friends who have posted screen grabs of Pokémon in unusual places. In belly buttons, resting on crotches, precariously balanced on pairs of breasts… I’m starting to be concerned what natural habitat these Pokémon are mistaking these locations for.

It’s also, with it’s gyms, Pokéstops and as referenced above random locations already begun getting people to think about gaming in a whole new way. Which is indeed good news for VR. It’s getting people out and about and making them socialise in new ways.

Yes, there will be teething troubles with the service as people figure out the social rules for a game which can take place everywhere. No, you shouldn’t be bothering hospitals, or police stations in your quest to catch ’em all. No, you shouldn’t loiter around outside of people’s houses in the dead of night in order to capture an Onyx. People will inevitably get themselves in trouble (and assumedly make it double), they have already done so in fact. Have we heard the last of these issues? No. Will we see more terrible stories? Honestly? Yeah, probably. I mean you have a game series that for twenty years has encouraged people to nip in and out of dark places in the hope of getting attacked by a monster. It’s not going to take much for someone to go hunt on some land they aren’t supposed to be on if a Blastoise or something is nearby. There’ll always be someone who goes ‘it’s only a fence’.

If your weekend includes looking for #Eevee on #PokemonGO, please do so safely. No Pokemoning from behind the wheel. pic.twitter.com/Kt9CmTOKiP

Will we see more funny, and wonderful stories though? Yes. Dear goodness me yes. There’ll be stories of new friends and new relationships. People being saved from accidents, helping people out in little ways. Businesses supporting Trainers, Trainers supporting businesses. Remember that whenever one of those bad stories comes to call. The Pokémon might not be real, but the people are. It’s augmented reality, it’s still life but just… a little different.

Yeah, we kayaked out to the fountain to claim this gym for #teamblue #pokemongo pic.twitter.com/vKyWMK4bsN

So if you’re new to AR, welcome. There’s plenty for you to see. AR’s an exciting and developing place to be. You can find loads about it here.

If you’re in VR already maybe have a think about how you would get this kind of social impact with VR technology. Because I’m beginning to wonder myself.

Also I suspect my kitchen is full of Raticates. Send help… and Pokéballs.