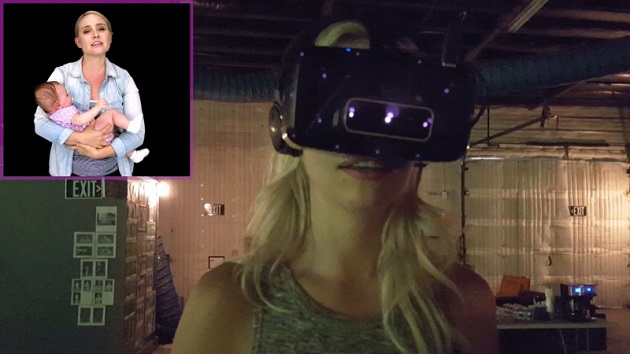 It very common to hear of tech startups receiving millions of dollars in funding for the next big idea, and more often than not those businesses tend to be focused around Silicon Valley in California. But now a New Zealand founded virtual reality (VR) company, 8i has acquired $13.65 Million USD in funding from some big technology investors, it recently announced.

8i was founded in 2014 by CEO Linc Gasking with the idea to create a software platform enabling users to interact with other people in 3D, using VR, augmented reality (AR) or online media, reports Mashable.

The funding round included investments from Dolby Family Ventures, Samsung Ventures, and Sound Ventures a fund created by actor Ashton Kutcher. As well as the funding round reveal, 8i has created a studio in Culver City, Los Angeles, where it will promote workshops and demonstrations.

Gasking wrote in a blogpost about how he sees the technology progressing, saying: “Not only will VR and AR change how we do many things online, but it’s going to affect many of our offline activities as well. In the future Mom is going to drop into your kitchen for a quick chat before dinner — but this time teleporting in with 3D VR facetime. You won’t go to apple.com, but rather a virtual Apple Store, perhaps with a personal demonstration of the iPhone 10 from Jonny Ive.”

But he adds that VR still has some way to go: “Right now VR is too complicated for most mainstream consumers. VR needs to have its iPhone moment — where simplicity trumps everything.”

VRFocus will continue to follow the progress of 8i’s VR projects, reporting any new details as they’re announced.

The post VR Startup 8i Secures $13.65 Million in Funding appeared first on VRFocus.