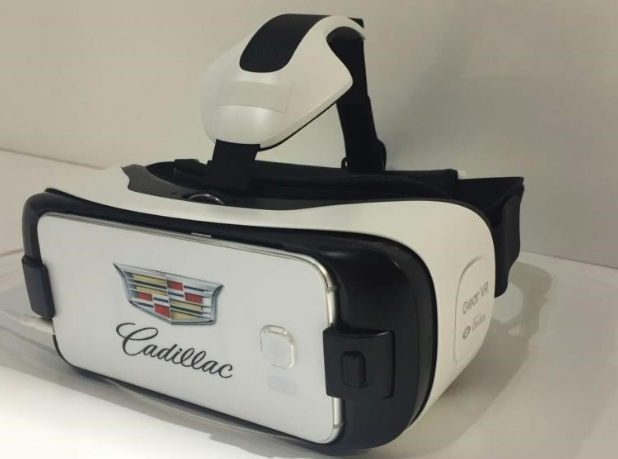 It was not hard to predict, that the automotive industry will be highly interested in exploring the unlimited possibilities of virtual reality (VR). The newest VR applications developed for automotive giants like Volvo set the bar really high, but Cadillac’s application jumped right over it.

Since the development of the likes of the HTC Vive, Oculus Rift, Google Cardboard and Samsung Gear VR, virtual and augmented reality (AR) apps and games are starting to get proper attention. While creating a virtual world, our imagination is the only boundary. The marketing potential of those solutions was also spotted by trade fair exhibitors – especially from the automotive sector.

Cadillac is a brand that is considered to be a symbol of luxury. Their newest CT6 model is a classy limousine filled with modern electronics – a perfect blend of elegance and technology. They wanted to capture that spirit while creating the marketing campaign for the Chinese debut of the Cadillac CT6. That’s why they’ve decided to chose VR as their main marketing solution.

“Cadillac is a luxury car and nearly every trade fair visitor would like to take a ride in it. We wanted to make it happen.” – Adam Cegielski, CEO of VR VISIO

And they made it happen! By combining a 360 degree stereoscopic video with 3D models, they have created a fully-immersive experience for trade show visitors. As you start the application, you can actually see the car building itself around you. All of the parts are appearing beneath you, being combined into a hyper-realistic car model, where every detail looks fantastic. Right after the car starts, you’re being taken on a ultra-immersive journey through the streets and landscapes of sunny Barcelona. Application users can experience beautiful views from the position of a car seat. They can actually feel, like they were riding through capital of Spain in a luxurious sedan.

So, how was it made? 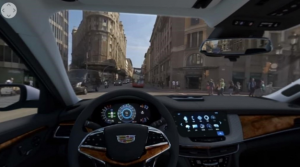 The video was captured by a custom-made rig with 18 cameras, which allowed to record a fully stereoscopic 3D video in 8K resolution. The three minutes of the recording consisted of over eleven thousand frames, so we can all imagine how much disk storage space was needed. The video was placed inside a photo-realistic 3D car model, being projected in all windows and mirrors inside the vehicle. The cars interior also reflects the objects seen on the video for a better effect. It was all combined into a fully immersive experience designed for Samsung Gear VR and Google Cardboard. But in the world of VR words doesn’t say much – you have to see it for yourself.

While being presented on Cadillac’s company stand at the expo, the application attracted hundreds of visitors. Each day, 500-600 clients used the application. Is it possible, that this kind of solutions will become the future of marketing? Who knows! You can watch “Making of: Cadillac CT6 Virtual Reality Experience” below to see the development process of the whole project and you can also try the whole project out on YouTube using Google Cardboard (be sure to choose high quality).