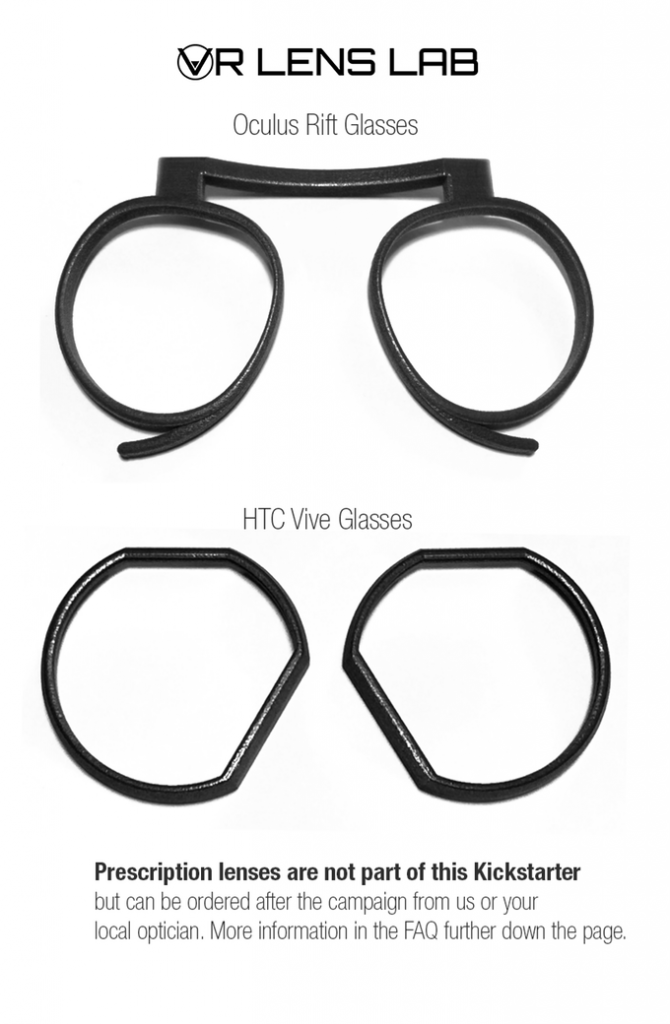 This, the second generation of virtual reality (VR) is forever linked to Kickstarter through the success of the original Oculus VR Kickstarter. That eventually turned into the Facebook purchase, gave rise to the DK1, the DK2 and the rest is recent history. There are of course all manner of VR related Kickstarters going on right now, one of which is already funded and looks to solve an issue many have. Namely the pesky problem of wearing glasses with a head-mounted display (HMD). VR Lens Lab is the name of the company and it has a slightly different idea – why not glasses for the HMD you leave in there all the time?

Originally requiring €5,000 (EUR) and already funded many times over with seven days still remaining at the time of writing. VR Lens Labs whilst not offering lenses with the Kickstarter are offering pairs of glasses for both the Oculus Rift and HTC Vive. These are set into the HMD with lenses produced by an optician or by the VR Lens Lab at a later date eliminating the problem of trying to cram your spectacles inside the HMD.

For more information or to fund the project you can head over to their Kickstarter page. VRFocus will bring you an update on VR Lens Labs once the project is finalised next week.