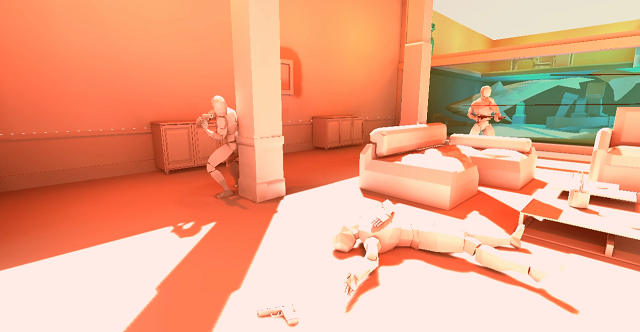 The Gear VR Game Jam held by Oculus VR earlier this year has lead to a number of notable releases for the format, including the critically acclaimed COLOSSE and Temple Gate Games’ Bazaar. The next title to join that list is DRIFT, a videogame that casts the player as a bullet in flight.

Developed by Ferdinand Dervieux and Aby Batti, DRIFT is designed to make use of the unique properties of the Gear VR head-mounted display (HMD). As a bullet fired from a gun, the player will fly through scene in which the action has been suspended. The player must attempt to avoid the objects and people in the environment as they attempt to hit their designated target.

DRIFT will be a Gear VR exclusive title upon release, which is expected to be in the not too distant future. VRFocus will keep you updated with all the latest details on DRIFT and other forthcoming releases for the mobile HMD.