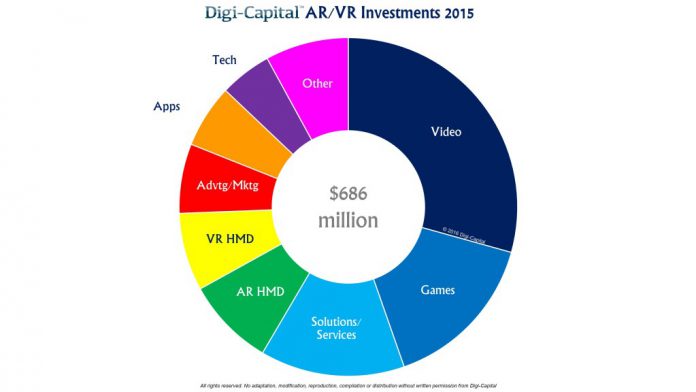 Last year, and up until a few months ago, all the talk was about whether or not virtual reality (VR) and augmented reality (AR) will establish itself as a mainstream industry, and what better way to do this than throw money at it? There was big money being pumped into it throughout 2015 to make sure VR and AR could keep its chin above the water, but with the way 2016 has also been going it seems that it is continuing to rise out of the depths and into plain sight.

If you hadn’t heard the line “2016 is the year for VR” by this point in the year, then you may have been living under a rock. It is down to the monetary building of VR and AR to absolutely dizzying heights that such expectation was created. However, it isn’t quite like riding a bike – VR can’t just be pushed off to pedal by itself after its initial support. Just because 2015 was a great time for VR doesn’t ensure 2016 to be a hands-down golden year. But, there is no denying that 2015 was encouraging to say the least. According to the Digi-Capital Augmented/Virtual Reality Report 2016, nearly $700 million (USD) was put into VR and AR for the whole of 2015.

And it is predicted to grow into a multi-billion industry in years to come – but this is only down to if investors carry on the trend.

Will they? Won’t they? Oh, they certainly will. One of the more recent investments that the VR industry has seen was with Owlchemy Labs, the creaters of Job Simulator. It was only around five days ago that they had raised a total of $5 million (USD) from a range of names, such as Qualcomm Ventures, HTC, The VR Fund, Colopl VR Fund, Capital Factory, and some local Austin entrepreneurs. Of course HTC is going to fund VR ventures, but if we look at the rest of the names, the term “VR Fund” pops up a couple of times. This gives us no doubt that there will be an on going feed of money into VR with several funds set in place to keep the money flowing.

Kite & Lightning also achieved millions in investment, $2.5 to be exact, and the seed came from Raine Ventures, Courtside Ventures, Comcast Ventures Catalyst Fund, Social Capital, Outpost Capital, Boost VC, & Jason Rosenthal, CEO of Lytro. But these aren’t standalone cases – there are investments being made almost every week, certainly every month. 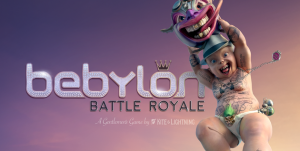 All of these investments still do not count for the crowd funding campaigns that have made VR and AR projects soar with much success, and this shouldn’t be put aside. These investments – although not from major corporations – shows that the community is willing to support a developing industry. It is on Owlchemy Labs’s blog post on its investment that this is most clear: “I’ll never forget the moment that Devin opened the Oculus Kickstarter page and pulled me over to tell me that this was the beginning of something huge — that most people in the world didn’t yet understand or see the significance of.”

So, what does all of this mean? It means that for the forseeable future, there is no slowing down for VR and AR – but there’s no promise that it will be a definite goldmine for everyone.