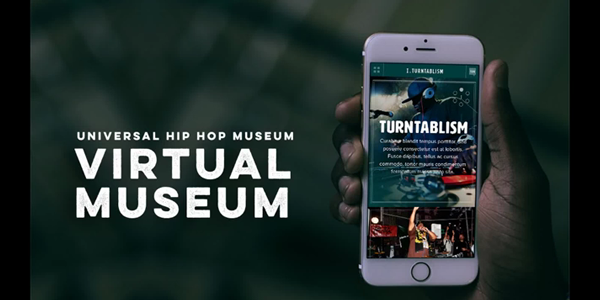 It could be premature to talk about long term preservation with an emerging technology like virtual reality (VR) but if it is to succeed in the way it is hoped to, then virtual museums could very much be a standard feature. A Kickstarter campaign launched two days ago to fund a virtual interactive hip hop museum for the Universal Hip Hop Museum (UHHM), designed for mobile devices and using a Google Cardboard viewer.

The virtual museum, backed by iconic hip hop names such as Ice T and Kurtis Blow, is a project that aims to educate and entertain viewers with immersive stories about hip hop’s evolution, and the events that have led up to its legacy today. It will give members access to collections of artefacts, photography, artwork, research information, music, and video content, everything you would expect a virtual museum to have.

UHHM have already partnered with Framestore’s VR Studio to launch the first ever virtual museum, The Kurtis Blow VR Experience, which allows the viewers to experience pivotal moments in hip hop from Kurtis Blow’s perspective, and is available on the Google Play store for Google Cardboard.

For more on emerging VR Kickstarter campaigns make sure to stay with VRFocus.