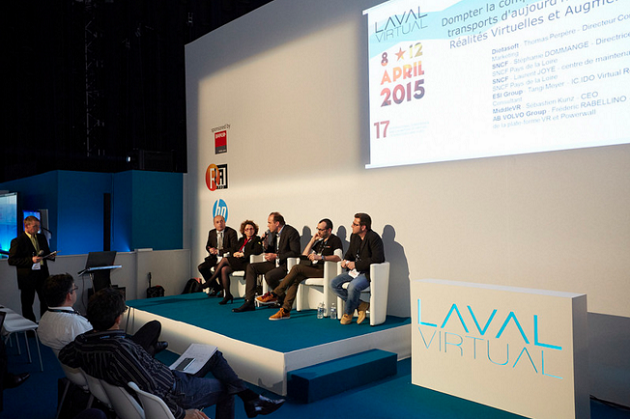 If you like going to conferences and events based on technology, especially virtual reality (VR) then your calendar will be filling up quite quickly as new events are being announced. Taking place in March in the town of Laval, France, is Laval Virtual an annual conference dedicated to virtual technology and uses.

Laval Virtual will be taking place between 23rd – 27th March, with the first three days dedicated to industry professionals , while the last two on the Saturday and Sunday will be open to the general public. The event will cover a broad range of topics including – VR, augmented reality (AR), 3D printing, IoT, 360-degree capture and scanning, wearables, immersive solutions and much more.

Also taking place will be several competitions and awards, the largest being the Laval Virtual Awards which features 11 categories. The awards will be presented by an international jury of specialists, acknowledging the highly technical nature of the winning projects. Submissions are still open until 30th, January 2016, and further details and forms can be found at laval-virtual.org. There will also be a startup contest, ReVolution – aimed at the most innovative VR projects and Virtual Fantasy, a European student competition focused on VR and converging technologies. All of these are still open for submission but do close soon.

VRFocus will continue to bring you any further updates to the Laval Virtual event as more announcements are made.