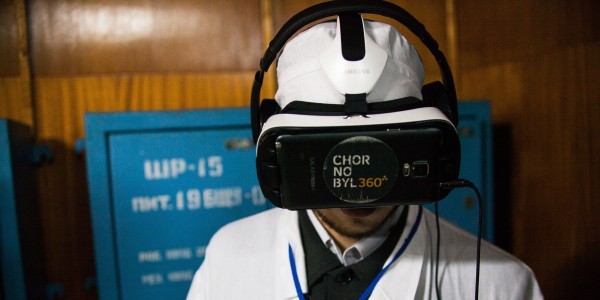 Virtual reality (VR) can be an invaluable tool for education and is often considered a step into the future, but it can equally help us visualise the past and understand key historic events. This is what a team from Ukraine are trying to achieve with their VR documentary, Chornobyl360. A Kickstarter campaign will soon be launched to help fund their project dedicated to the Chornobyl/Chernobyl accident 30 years after it happened.

Allowing you to step into the radioactive area of the accident, Chornobyl360 will be produced in up to ten 3-10 minute segments, covering the 30-kilometer Exclusion Zone from different angles. Users will interact with living witnesses, including workers, engineers and locals, all who will share their memories. Exclusive areas can be explored, such as the reactor control room, where the user will experience finer detail.

Pushing the boundaries of historic documentation, the team are developing the piece for cross-platform use including PC and mobile-based VR head-mounted displays (HMD) such as Oculus Rift, Samsung Gear VR and Google Cardboard. Already having filmed most scenes with live video drones and using CGI graphics, the team are aiming to make them 3D. Chornobyl360 is hoped to be pushed further with more immersive technologies down the line such as photogrammetry – the art of mapping measurements with photographs – and motion capture to record the changes to the site over years to come.

Author and producer of the documentary, Kirill Pokutnyy, concerned that people aren’t aware of the consequences of these accidents, said, “The aim of the project is to attract attention to the consequences of human activity on the planet Earth using an amazing world of Virtual Reality”. 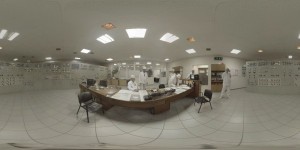 Already two years into the VR project, the team is comprised of more than 15 professionals in cinematography and coding, including film director and editor Alona Stulii, and Evgeniy Vaschenko, a sound designer who creates music with digital algorithms.

The Kickstarter campaign for Chornobyl360 will be launched on the 8th February 2016, where the Ukrainian team hope to raise $30,000 USD for further refining of their documentary.

Stay with VRFocus for the latest developments on the Chornobyl360 VR documentary.