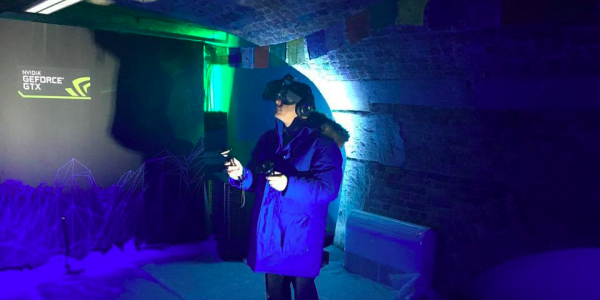 Dynamo, the PR company that worked on the global launch of the first eye-tracking virtual reality (VR) headset HOVE, has announced its signing with computing graphics company NVIDIA to launch a dedicated VR PR division.

Nick Morey, Creative Manager at Dynamo, will lead the team with his gaming experience in SEGA, Square Enix and EGX, also promoting NVIDIA’s latest graphics card GeForce. They started off the year with a press event showcasing a realistic VR climbing simulation in below zero temperatures of Everest.

Positive about the partnership, Ben Berraondo, Head of Consumer and Regional PR at NVIDIA, said in a press release: “Sharing GeForce, and what it enables in the virtual reality space, is a very exciting time for NVIDIA and we’re excited to be taking Dynamo on the journey with us to reach the huge potential audience for this technology.”

Berraondo went on to say, “The enthusiasm of their team shone through and we can’t wait to work with them and to see their ideas come to life.”

Nick Morey showed similar eagerness, saying: “We’re working with some of the most exciting players in the VR space, and look forward to sharing their stories. We always aim to be at the forefront of technology and launching a VR team seemed like a natural decision for us, following recent projects and future briefs we’re working on.”

The team is hoping to take advantage of VRs rise in popularity with upcoming VR head-mounted displays (HMD) launching this year as well as pre-orders for Oculus Rift already out.

For the latest updates on VR business, stay with VRFocus.