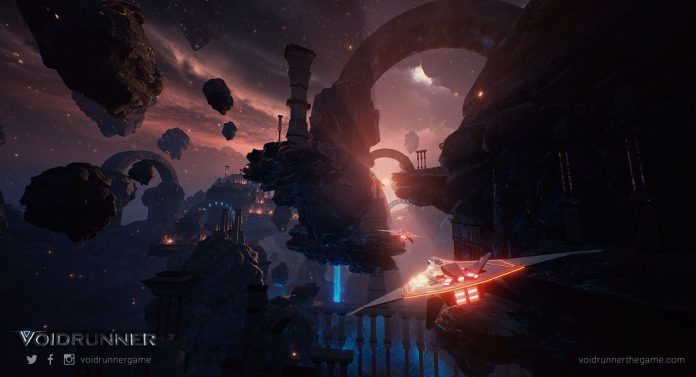 It’s been sometime since RealityArts released any major project details for the virtual reality (VR) compatible title Voidrunner. That changed recently with the news the developer would be holding a Closed Beta for the videogame through Steam later in July 2016.

Free to sign-up, the closed beta will allow those gamers who have been keeping a close eye on the project since it passed a Steam Greenlight campaign and failed a Kickstarter crowd-funding campaign during 2015, to get their hands on a build of the videogame.

Developed using Unreal Engine 4, Voidrunner is a multiplayer sci-fi flight title that features first-person shooting (FPS) controls, so most players should find it intuitive to play. Set in a surreal world with complex environments, Voidrunner will include eleven game modes across single-player and multiplayer options, such as Destroy the Base, City Attack, Voidspace Attack, Deathmatch, Team Deathmatch and Capture the Miner (Flag).

Just as in other FPS’s Voidrunner has classes for its ships, snipers, tanks, hunters, fighters etc, as well as mods available to enable players to create their own ships rather than choose from the preset options available.

And to celebrate the announcement RealityArts has launched a brand new gameplay trailer showcasing some of the action, ships and environments players are going to experience in the closed beta.

The studio hasn’t yet said if the beta will be VR compatible, even though the full version of the videogame has been confirmed to support VR headsets. So far both the Oculus Rift and HTC Vive have previously been mentioned by the team.

VRFocus will continue its coverage of Voidrunner, reporting back with any further updates.