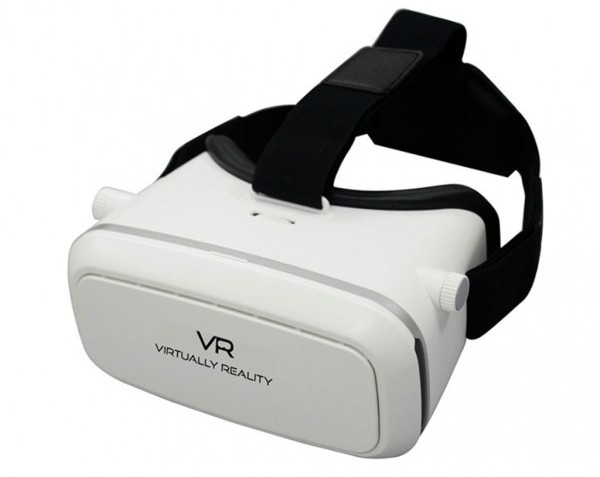 For those who haven’t committed to pre-ordering and buying consumer virtual reality (VR) head-mounted displays (HMD), it may be hard to get your hands on trying out the likes of the Oculus Rift and HTC Vive without attending special VR events – and even then there is only a small time slot to get in on the action. If you’re around in London this week you won’t be too far from the first VR pop-up shop to come to the UK, Virtually Reality, where a wide variety of consumer VR products will be showcased to the public.

Based in Old Street station, Virtually Reality has the appeal of what Apple and Samsung stores have, but doesn’t promote just its own products – instead, VR as a whole is celebrated and showcased with the opportunity to take home a little piece of it in your pocket in the shape of a Virtually Reality branded Google Cardboard HMD, or accessories for the major HMDs such as the Rift and Vive. Although the inside of the shop itself isn’t anywhere near the sleek finish of the aforementioned stores, once visitors’ eyes are set on the contents it is easily forgiven.

Two of the biggest names in VR, Oculus VR and HTC, can be tried out, however it cannot be bought from the store. Virtually Reality’s own Cardboard, costing £15.99, and VR HMD, retailing at £39.99, are available in-store, offering as a cheaper alternative that also doubles up as a souvenir for the visit.

Looking around there is no shortage of VR accessories on sale, featuring: WizDish ROVR, a virtualiser by WizDish priced at £480 GBP; VRGO’s VR Input chair, an egg-shaped seat for a full VR experience priced at £299; BoschVR, who is showcasing its VR trip through The Garden of Earthly Delights by Hieronymus Bosch and is also selling a BoschVR Cardboard VR HMD; and the SubPac is also featured with its SubPac M2 vibrating jacket and SubPac S2 immersive chair and bass system, priced at £360 and £300. Also featuring, but not selling, are Rewind and Bossa Studios. 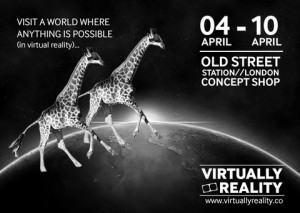 In a press release, Virtually Reality Ltd explained the concept and motivation for setting up the pop-up: “Virtually Reality’s concept intends to remove the traditional clutter and noise, focusing the conversation on the products, displaying them in an elegant format to draw customers’ attention towards design and specs”. Alexander Cohen, Founder and CEO of Virtually Reality, also said: “Virtual Reality will fundamentally change the way we interact with technology”.

Virtually Reality launches officially today and can be located towards Exit 2 in Old Street Station and can’t be missed from the amount of people who will be curiously stopping for a peek inside. Tickets for the launch will be £5, but from 6th – 10th April it will be free for the public to enter, open from 8am – 9pm GMT.

For updates on the progress of Virtually Reality and all things VR stay with VRFocus.