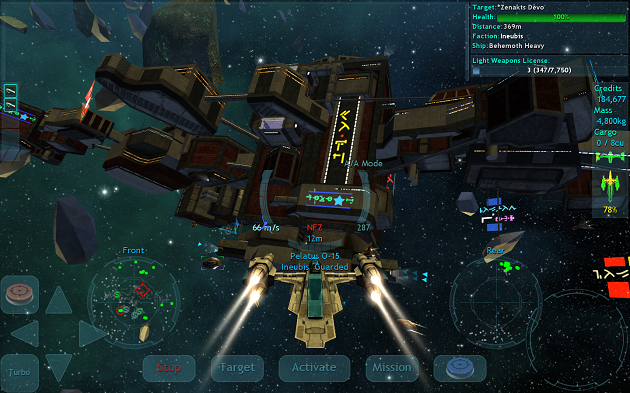 Back in October 2015 VRFocus reported that Guild Software, the developer behind  popular massively multiplayer online role-playing (MMORPG) experience Vendetta Online, has disabled support for the Oculus Rift virtual reality (VR) head-mounted display (HMD) in its title in its latest 1.8.355 update. This came as a surprise to many, as Vendetta Online was one of the first videogames to support the device, integrating the first development kit (DK1) all the way back in 2013. VR fans need not worry, though, as the company has this week reintroduced that support.

As you might expect, Guild Software disabled support for the Oculus Rift following the release of the then-latest software development kit (SDK) for the device, 0.7. This update began to phase out support for titles developed using older versions of the SDK, forcing developers to update to later versions if they wanted to keep supporting the latest VR compatibility. This is the same reasoning behind many other developers halting work on Oculus Rift support, including Frontier Developments with its popular space simulation experience, Elite: Dangerous.

Vendetta Online version 1.8.361 finally reintroduces that support, however. “We were widely reported as the first MMO to launch support for the Rift, back in July of 2013, and we’re happy to now bring it up to the latest 0.8 SDK support, along with adding many new VR-specific features and improvements,” the developer said of the news over on its official website. Those new features and improvements include a ‘VR Welcome’ panel on startup, a new ‘VR Options’ area and a new startup area designed for those that start the title with VR on.

Guild Software has asked those sampling the Oculus Rift support – which is still noted as being in a beta stage – to provide feedback on the title’s forums. “This is still considered a Beta Test of our VR-headset implementation, and will undergo considerable change between now and when the Rift headset finally launches to retail in Q1 of 2016,” the team wrote. “For the moment, we’d appreciate feedback (on our Windows forum) from any early adopters of the Rift DK2 development device. We still consider our VR support to be “rough”, it’s lacking some of the more VR-specific interface solutions we intend to add, and the tutorials and mission system need improvement.”

VRFocus will continue to follow Vendetta Online closely, reporting back with the latest updates on its progress.