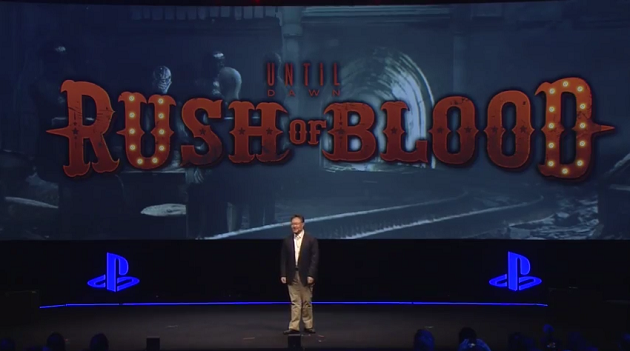 Head of Worldwide Studios Shuhei Yoshida introduced all the news relating to the PlayStation VR headset and had this to say about the new title: With Until Dawn: Rush Of Blood, Supermassive Games is bring another unique horror experience, built from the ground up exclusively to PlayStation VR. A rollercoaster with a twist, where the thrill of the ride won’t just come from the track ahead, but from a terrifying world that is out to get you.”

The press conference has revealed a few snippets of new information, including Tekken 7 and a new trailer for RIGS: Mechanized Combat League, which is a PlayStation VR exclusive title.

VRFocus will continue to follow all the latest news and announcements from PGW on the PlayStation VR HMD.

The post Until Dawn: Rush Of Blood Announced for PlayStation VR appeared first on VRFocus.