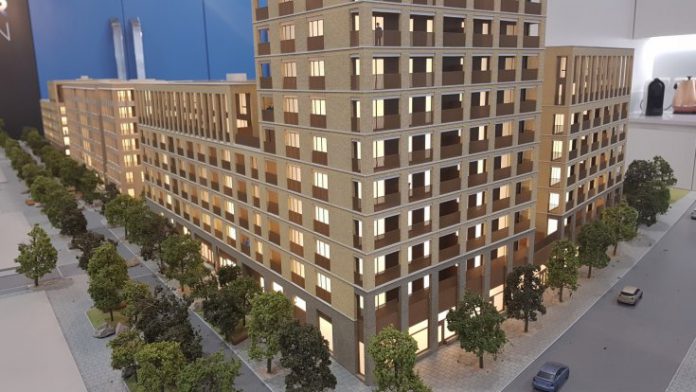 Virtual reality (VR) has been cited as a medium beneficial to real estate for some time, with agencies jumping into the medium left, right and centre. However, for the first time a London-based realtor has taken the step of not offering on-site viewings of a new property, instead opting to book appointments solely via VR head-mounted displays (HMDs).

It’s a bold move certainly, but Higgins Homes seems confident of the potential found in VR with real estate. Clissold Quarter, a new apartment development in Stoke Newington, north London, offers two-bedroom apartments for £750,000 GBP. That’s not a small investment, but Higgins Homes believes that viewers of the VR experience will be willing to make their purchase before the development has been completed.

Built by VMI Studio using Unreal Engine 4, the virtual representation of the apartments can be explored using an Xbox 360 controller within VR. Customisation of the property is suggested even at this stage, with walls, floors and full fixtures and fittings recreated. In time, potential buyers will be able to select wall papers, carpets and more ahead of time, allowing their new property to be fully decorated before moving in. Furthermore, VMI Studio has gone to the depth of offering a simulation of passing traffic via headphones.

According to an interview with IBTimes UK, this VR project came about via a six-month delay in the preparation of a show flat. “Now we’ve found this technology, we will be rolling it out time and time again,” stated Fergus Byrne, director of VMI Studio.

The current demonstration is offered via the second iteration of an Oculus Rift development kit, aka DK2, and as such is limited by resolution and other constraints. However, a quality impression of the as-yet-unfinished property is still made available. Byrne also confirms that the company is able to deploy these VR renditions of properties to the Samsung Gear VR and is looking into HTC Vive development to allow for roomscale movement within the virtual homes.

Higgins Homes and VMI Studio are not the first to deliver VR technologies to the real estate industry, but together they have become the first to rely solely on this technology. VRFocus will keep you updated with all the latest initiatives for VR in industry and enterprise.