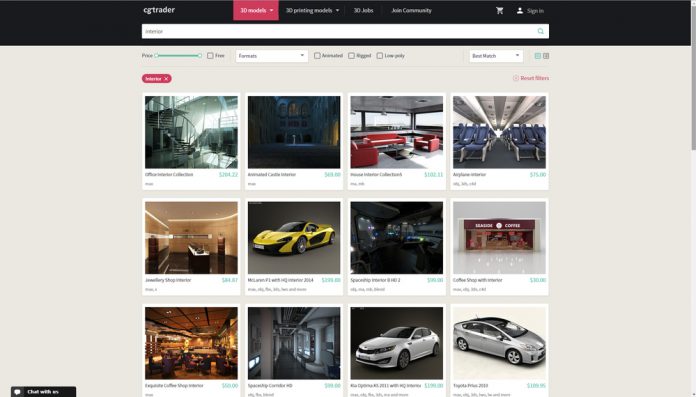 Innovations in CGI and the release of consumer VR are to have significant ramifications for live action film making. Will there be large film crews, and scores of actors shooting on location in 25 years from now? I think not. Why? Well a few reasons…

If you want something to look realistic right now it makes sense to finance crew and actors to go to a physical location and film. However this is an incredibly expensive endeavour. Fuel, location hire, crew, cast, extras, equipment, food, the list goes on. If you could produce something that looks just as realistic and costs less by means of CGI, then you reach the tipping point and the tables will turn.

The diehard cinephiles will preach that CGI will never be as good. Which it is not right now, but it ultimately will be and the economics of filmmaking dictate that when something is just as acceptable to the audience and cheaper for the production company then it will be preferred. This is true of the digital cinema camera replacing the film cinema camera.

I think the below game trailer and breakdown show us getting surprisingly close to the tipping point where CGI largely replaces live action filmmaking. Firstly it shows how CGI is crossing the uncanny valley, the barrier to using CGI for creating people because they look jarringly unreal. But more impressively, it shows how this can be done in real time and thus how CGI can be an intuitive real time tool, allowing directors and motion capture performers to work in a quick and natural manner. All this innovation will become mainstream, allowing small teams to build up complex scenes with multiple performers all in the comfort of a small studio, for relatively small budgets.

A game trailer made in Unreal Engine using new cinematography style tools and performed in real time by a mocap actress.
A talk explaining how the trailer was created in realtime.

At the same time there are rapidly growing amounts of stock 3D models offered on sites such as cgtrader, turbosquid, humster, 3dwarhouse etc. I can go online and download locations such as Buckingham Palace or Wembley Stadium. To shoot with a crew in these locations would be incredibly expensive or impossible. Equally rather than going to physical prop houses, art directors will be able to go online to virtual ones to find the furniture they need or the props etc at a fraction of the cost. A screenshot of the CG Trader site showing an interior

In the near future I will be able to rapidly put a scene together. Online I can acquire a 3d model of a location. I will then be able to motion capture myself, which will animate an avatar in realtime in the scene. Then I would be able to rewind the scene and record myself animating another avatar which will be talking to the avatar in my first recording. I could continue this multiple times for key characters and then add in scores of extras.

Currently, at the start of the film making process, there will be a read through with the actors. In the future this will evolve. I see actors going to a studio for a day where they can act through the whole film while having their performances recorded with motion capture. A scene at a train station, no problem! Easily download it and drop the actors into the space. This hyper realistic draft version will then be reviewed by executives, shown at test screenings, and if it is good enough, it will get funding to be developed.

This will even filter down to the consumer market. I can easily envisage people staring in their own hyper realistic films with friends. We will be able to pick from a selection of scenes, then drop in our human avatar characters, which we will then be able to animate with the likes of Microsoft Kinect boxes while wearing virtual reality headsets, so we feel as if we are there in the location.

Example of inexpensive ways to achieve motion capture using readily available equipment such as Kinect or Sony PlayStation cameras
Filmmaking capabilities coming to the Unreal Engine, allowing shots to be achieved quickly and rendered in realtime.

Virtual Reality experiences needs to be created in 3D

360 degree videos are not true VR! They do not allow for the offset that is created when you turn your head. This causes motion sickness as the image does not match what the brain is expecting to receive. This means that virtual reality experiences need ideally to be built in 3D to allow for proper, natural head movements, rather than filmed in 2d. The new Lytro cinema camera and Lytro Immerge 3d camera are exceptionally interesting in this regard, as they will allow this by recording depth information as well as the standard RGB colour channels.

Filmmakers will have to start creating content for conventional screens and VR where depth information will need to be recorded, which will result in more camera’s with this functionality arriving on the market. This will speed the transition to films being put together in 3d software programs as it will allow more of a piecemeal approach to putting together a film, where different layers (i.e. actors, background), can be filmed individually at different times and integrated with CGI elements. Therefore rather than needing a large film crew to get everything in camera, this work can be done by smaller crews.

There are also multiple benefits to using CGI compared to live action filmmaking. Due to everything being stored digitally, it is easy to change just about anything from the performers timing and expression to the camera angle which will avoid expensive re-shoots.

How far away is the tipping point? It’s hard to say exactly, but with recent innovation in realistic real-time rendering, and the need to create content for virtual reality sure to speed things up, I don’t think that it is that far away.