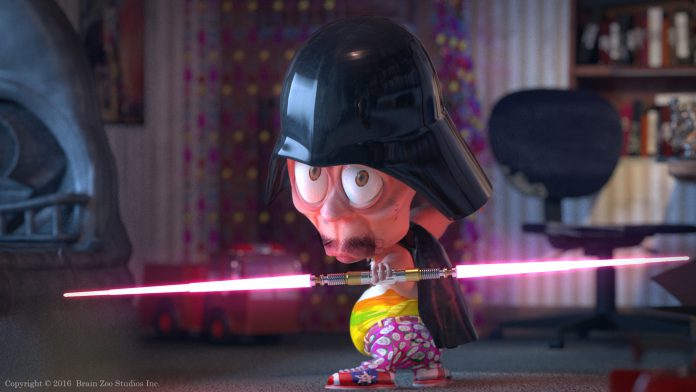 Brain Zoo has created CG cinematic animation for the likes of Disney Infinity 3.0, Warhammer 40,000, Borderlands, Skylanders, Gears of War, and the Game of Thrones game series – just to name a few. It hasn’t been shy of virtual reality (VR) projects as it has designed characters and surroundings in Bard’s Tale 4 VR Experience. The studio has stepped further into VR now with its most recent release of Console Marinez.

Console Marinez is an action adventure VR series that centers on a group of evil bad guys with plans to concert Earth into a VR game, and to turn their game world into reality, and this is where the explanation for the title comes in: there is a group of good guys called the Console Marinez who are to prevent them from carrying out their plans. Brain Zoo plan to place the viewers right in the middle of the action “of the battle for the Earth’s soul”.

The series has been described as something “that takes viewers on an epic journey filled with grand locations, fun characters and compelling stories that kids and grownups alike will enjoy”.

“Console Marinez makes complete sense to create in VR,” Mo Davoudian, CEO and Creative Director of Brain Studios, said, with visions of including the audience in the VR entertainment. “It was conceived as a show that needed to immerse the audience in the world so they would feel a part of it. This puts the viewer right in the middle of the battle, drama and humor.”

There is a teaser below of the series in 360 of the main character that can be assumed to be evil with its Darth Vader get-up and light saber. The character then advances and attacks with the camera view in the middle of the fight, just as was intended.

For the latest news and updates on releases as well as all things VR, make sure to check back with VRFocus.