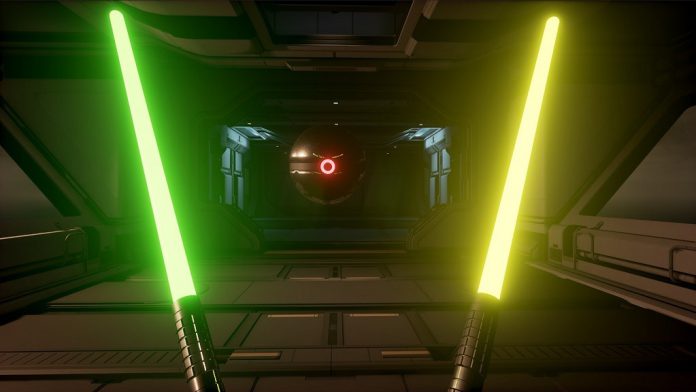 The lightsabre battles in the Star Wars movies are some of the most iconic from the franchise and videogame developers have continuously strived to replicate those scenes. Available now for the HTC Vive head-mounted display (HMD) is a training simulator called Lightblade VR, pitting users against a robot firing laser beams at them.

Created by Andreas Hager Gaming, Lightblade VR is a fan made title unaffiliated with the original source. The videogame features four training modes alongside extra challenges with which to test your sword skills out on.

In Lightblade VR players can utilise either one or two blades, depending on which you prefer, and they can be customised with five different blade colours and four hilt variations.

While Lightblade VR will be aiming to entice Star Wars fans around the world, it should appeal to anyone who loves sci-fi virtual reality (VR).

The title is available to purchase through Steam for £2.79 GBP and does require a minimum play space of 2 metres by 1.5 metres.

VRFocus will continue its coverage of the latest VR releases on Steam as new content launches.