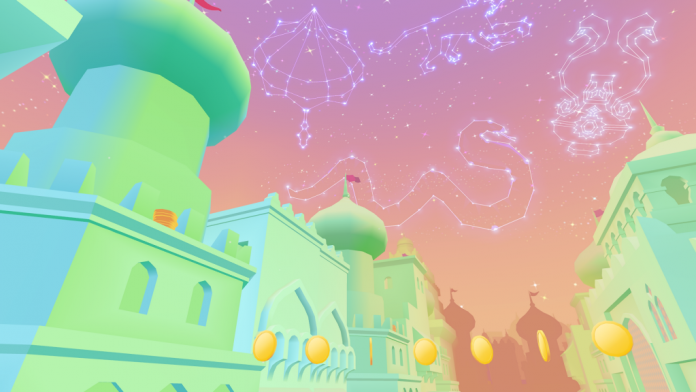 Temple Gates Games’ Bazaar has arrived on Oculus Home, now playable on Oculus Rift. Having successfully placed as a finalist in the Oculus Gear VR Game Jam almost a year ago, Bazaar made its debut on the mobile head-mounted display (HMD) in November 2015.

Bazaar is an action-exploration videogame in which the player must guide their magic carpet along canals, collecting keys and other objects to progress through the randomly generated levels. VRFocus reviewed the Gear VR version of Bazaar upon launch, stating: “It’s a charmingly original VR videogame that many will dismiss far too soon.”

Since launching on Gear VR Bazaar has also seen a Steam release, compatible with both HTC Vive and Oculus Rift. However, the Oculus Home edition means that Oculus Rift owners will no longer have to sideload the software in order to play. VRFocus will keep you updated with future VR releases from Temple Gates Games.