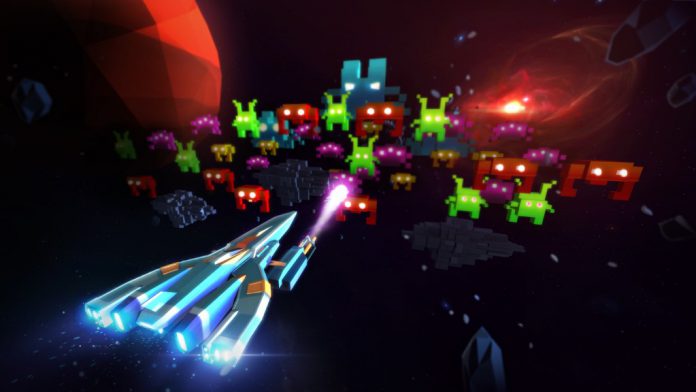 A new launch on the ‘Early Access’ section of Oculus Home should be an exciting affair. Offering early adopters of virtual reality (VR) a prioritised glimpse at what is to come, the likes of Time Machine VR and Firma have received a great deal of community feedback. For Space Bit Attack however, there’s not a lot to offer aside from ‘this has been done before’.

Space Bit Attack is a VR recreation of Space Invaders. It is literally that simple. The videogame has borrowed a few techniques from VR gallery shooters – of which VRFocus has already commented on the inexhaustible selection that is already available for VR head-mounted displays (HMDs) – but by-and-large Space Bit Attack doesn’t offer much in the way of promise for an engaging VR videogame experience.

The Early Access version of Lucid Sight’s third VR videogame, now available via Steam and Oculus Home, begins with the player situated in a virtual arcade. However, only the one experience is available, and it’s not exactly a memorable one. The player is situated aboard a space ship and tackles the encroaching enemy waves from a first-person perspective, moving their vessel on a 2D axis with the left analogue stick of the Xbox One controller and aligning their shots within a small centralised field ahead of their vessel through headlook.

This may sound fun – and it is for a short while – but there’s little else to Space Bit Attack. Increasing variety of enemies and a small number of power-ups, offering a shield or enhanced firepower, are obvious mechanics that do little to encourage repeated play. A highscore chart (currently limited to local scores only) is a nice but wholly expected addition in the modern era of gaming, even if it may not have been back in 1978. 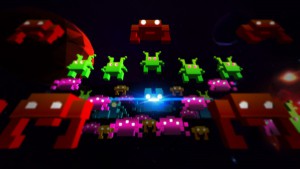 Given Space Bit Attack’s low price (£3.99 GBP at the time of writing) it might be understandable that the videogame isn’t exactly a deep experience. However, without adding more variety and content it would be hard to recommend Space Bit Attack when sat next to the likes of CCP Games’ Gunjack. Hopefully Lucid Sight plan on fleshing out Space Bit Attack to a significant degree before moving from Early Access to full release on Oculus Home.