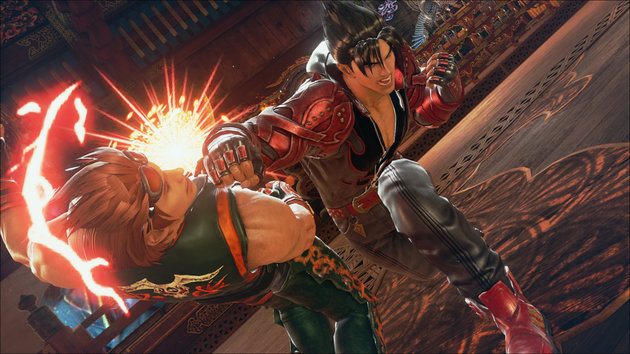 During Sony Computer Entertainments (SCEs) Paris Games Week (PGW) press conference a surprise announcement came by way of Tekken 7 being confirmed for PlayStation VR for PlayStation 4. While many may have thought this would mean first person brawling, now it seems that won’t be the case. Senior Game Designer Michael Murray has revealed what not to expect from the virtual reality (VR) support.

In an interview with WIRED, Murray addressed the first person viewpoint: “When we announced that we’re going to do something with virtual reality, people were like ‘oh, so you’re going to be playing in first person and hitting each other? That sounds like crap! There was a hidden command in Tekken 2 [for first person] that was cool in itself but you wouldn’t want to do that for your whole Tekken fix, right? So probably not that. People like Tekken the way that it is as far as the core gameplay.”

He went on to dispel any notion of using the immersive technology for fighting itself: “I think people think we’re going to incorporate VR into the main game itself, when we don’t currently see a way that that would enhance Tekken to a new level better than what it would be right now.”

“I think people just assume ‘Oh Tekken is a head to head game, and it’s going to be in VR so you’ll just punch each other like Punch Out or something’,” Murray adds. “I think that’s where the misconception comes in. We’re not going to do that. It doesn’t lend itself to a fighting game well, so we want to find something that isn’t that but still pleases fans. Katsuhiro Harada always illustrates it as, if someone’s right in your face, punching, it’s very jarring and disorienting, not that fun experience you want.”

And in terms of what features VR would lend itself to the senior game designer remained coy: “The only hints we could probably give is that Tekken is ultimately all about the characters. You want to see the cool characters, the cute female characters like Lucky Chloe, and we have all kinds of customisation for them and they have all these cool techniques that are motion captured…. something that would allow people to enjoy the game in that aspect maybe is about all we can say.”

For any further details fans will have to be patient and wait until the new year, but VRFocus will be following all the latest details on Tekken 7, reporting back with any announcements.

The post Tekken 7 Dev: Head to Head VR ‘doesn’t lend itself to a fighting game’ appeared first on VRFocus.