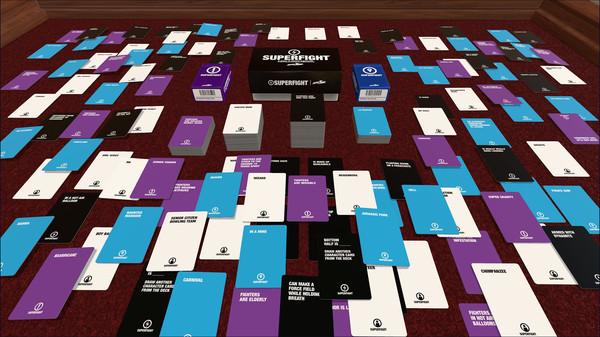 Tabletop Simulator is a compilation software that offers numerous board games represented in a videogame format, now with the intended VR support available to all. The videogame has been designed in such a way that VR and non-VR players can compete against one another, however Beserk Games do warn that there are limitations to the VR implementation at present.

“We’re happy to announce that the first iteration of VR with the HTC Vive is now live,” stated Beserk Games in an official update on Tabletop Simulator’s Steam page. “Please remember that VR is currently in alpha, so we could use all the testing we can get. Post your feedback on our official forums or the new VR sub-forum on Steam. When you start up Tabletop Simulator, you will get a pop up box so you can choose whether to play in VR mode or the normal mode. VR + PC users can play together no problem!”

Tabletop Simulator first entered the collective mind of the VR enthusiast community back in 2014, when Beserk Games promised VR support via their Kickstarter campaign. It was the Oculus Rift that was expected to benefit from compatibility, but last month Beserk Games revealed that it was in fact the HTC Vive that would receive support in the first instance. 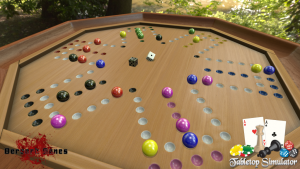 Two different control schemes have been developed to make use of the HTC Vive’s motion-controllers, more details of which can be found here. VRFocus will keep you updated with all the latest details on Tabletop Simulator’s VR support and any future VR titles from Beserk Games.