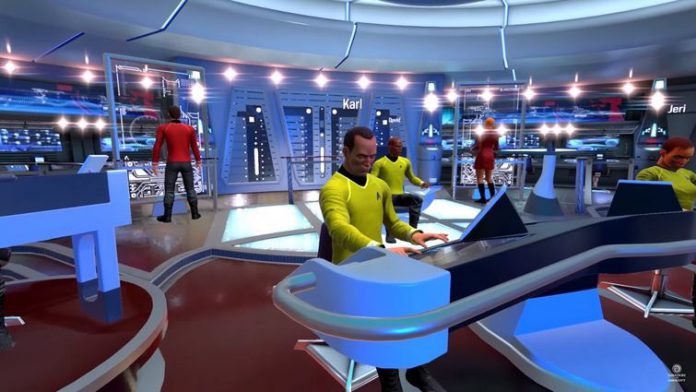 There’s no denying how cool it was seeing some of the main actors from across the ages of Star Trek sit and try out Star Trek: Bridge Crew, just as though they were all merged into one generation. It won’t be long until consumers will be able to try out the title for themselves as Ubisoft has announced the release date for all three head-mounted displays (HMD) – the Oculus Rift, HTC Vive, and PlayStation VR.

All three versions will come out at the same time, so there is just one date to have noted down in the calendar: the 29th November. This news comes alongside that of the release date of Eagle Flight, and there is one more title to be detailed.

Developed by an Ubisoft Studio, Red Storm Entertainment, Star Trek: Bridge Crew invites you to join the Starfleet crew as a member of the Federation, exploring space with a crew or solo as the Captain – so move over, Kirk. This title was designed just for VR, and so it is said that there is a capitalisation on the “powerful sense of social presence”.

Red Storm Creative Director, David Votypka, commented back when the E3 trailer was released: “The game is more about how you and your crew approach situations. It’s not binary. Is it more important to save the Vulcan scientists or rescue everyone on the planet? It might be too difficult to do both. It’s just like the show. There’s not any one right answer.”

As well as Eagle Flight, Star Trek: Bridge Crew will have a physical edition out in stores as well as the digital copy for the PlayStation VR, but it will come out a week after the digital release.

For more on the latest releases from Ubisoft, as well as all the news, updates, and features in the world of VR, make sure to check back with VRFocus.