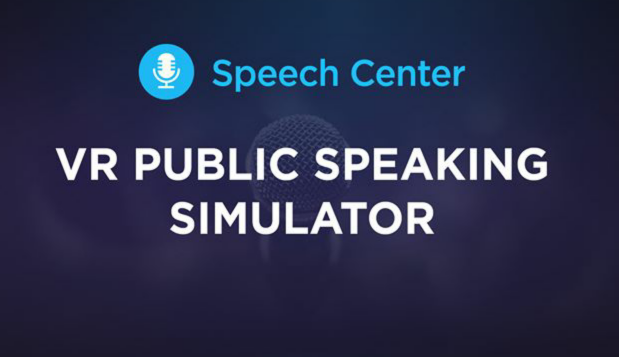 There’s been a lot of talk about using virtual reality (VR) to educate users and help them face their fears over the past few years. The technology’s ability to make users feel like they have stepped into another world and yet actually remain safely in the real one provides unique opportunities for therapeutic content. Now a studio named VRARlab is applying that concept to something that many people can struggle with; public speaking. The group has today launched SpeechCenter on the Gear VR mobile-based head-mounted display (HMD) from Samsung and Oculus VR.

SpeechCenter is a free piece of software that aims to improve a user’s speaking skills as well as interpersonal communications. Players will be able to use the title as a sort of venue to practise speaking and facing a manner of distractions as they might when addressing a real crowd. This includes ringing phones, members of the audience laughing and coughing. It’s even possible to upload a presentation you’ve been working on to a shown it on a big screen in one of two venues. The first is a Conference Room, the second is a Hall, both of which are filled with people.

The software also provides some tips to help a user beat their fear of public speaking. A Bluetooth controller is not required to utilise the experience.

SpeechCenter is just one of a number of apps that has released in the past few weeks as part of the build up to the launch of the consumer Gear VR in the US tomorrow, 20th November 2015. The new device costs just $99 USD and is compatible with Samsung’s range of 2015 smartphones. That includes the Galaxy S6, the S6 edge, S6 edge plus and enlarged Galaxy Note 5. The kit is also expected to arrive in the Netherlands on 21st November 2015, but release dates for other countries are still to be confirmed.