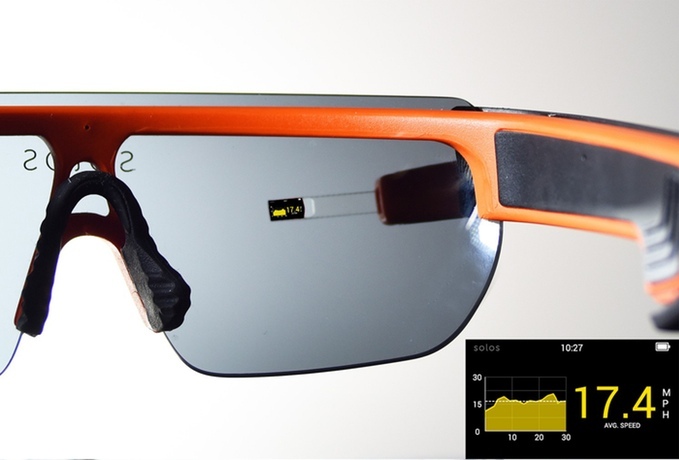 There have been a few Kickstarter campaigns in virtual reality (VR) that have inspired an accelerated response, take the Oculus Rift of OSSIC X headphones for examples. Now Solos can be added to the list with its Smart Cycling Glasses now fully funded with extra pledges in less than half the time it was given on its Kickstarter campaign.

The concept of the augmented reality (AR) hardware is that the glasses will act as a “heads-up” display – reportedly the world’s smallest – and will have features such as speed, power zones, calories burnt, distance and elevation, heart rate, and cadence all able to pop up on the lenses. While your hands are busy holding onto the handles, the glasses are responsive via voice cammand and sensors, and so making calls and bringing up navigation is made easy.

The glasses are being developed in connection with Team USA, and the prototyped are being used by them, but despite this the glasses are aimed at cyclers of all walks of life: “Whether your a casual commuter, a weekend warrior, or professional athlete, Solos is perfect for you.”

The design of the glasses is well thought out, and well documented. There is a pupil scale display that makes the screen clear to read, an adjustable display arm that the user can move in case they want to glace up or down, and also features fully immersive audio as well as a long battery life.

The glasses will come with a free app that can list past workout, show user profiles and activity, as well as all the stats of your heart rate and routes taken.

For the latest news and updates in the world of VR stay with VRFocus.