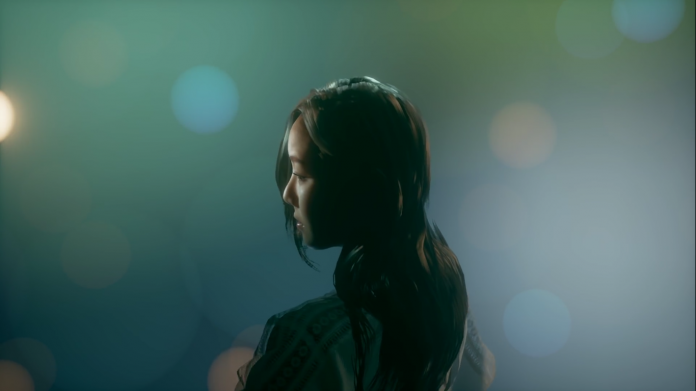 There has been increasing experimentation into the realm of creating characters viewers can empathise with through facial expression recognition and eye contact, which doesn’t necessarily have to be realistic which Oculus Story Studio have proved with Henry. There is now a teaser released by EVR Studio of its latest project which plays with creating a more emotionally interactive experience, dubbed Project M.

In the teaser released by the South Korean studio, there is a female featured floating in a dream-like turned sombre atmosphere whom the user is moved close to. The woman makes eye contact, and the studio clearly wanted to show off its ability of creating an array of different emotions as she turns from happy, to deep in thought, and ends the experience with tears and you are torn away from her. The experience is made with Unreal Engine 4 (UE4), and it is said that there will be various episodes in VR with “more attractive and realistic than ever” people, who will take the user on a cinematic story-led experience.

There have been other videos to accompany the teaser for Project M, including a reactions piece where the viewers on several occasions tried to reach out for the girl, comfort her, and one man even said that he could even marry the girl in the video, and a behind the scenes montage of how the artists took samples of real women to digitally create the character on screen.

This seems to be the only project that EVR Studio has created, but on its website it is stated that they will create “VR for a variety of content such as games, videos, hands-on content sharing with the world”.

Although it hasn’t been stated, it seems as though the event will be available on Oculus Rift as shown in the reactions video previously stated.

For more developments on Project M as well as the latest news and updates in the world of VR, stay with VRFocus.