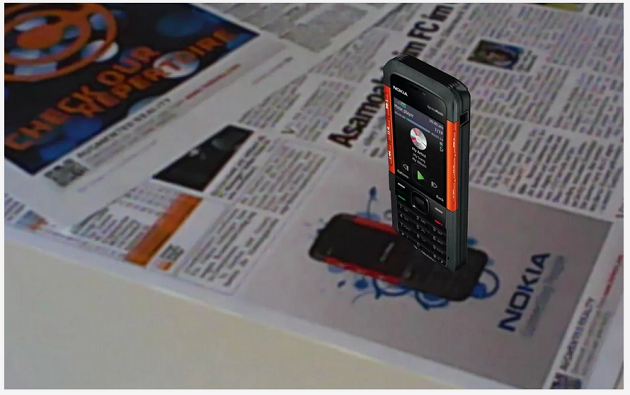 Google tried augmented reality (AR) with Google Glass and consumers weren’t having it. Since then other companies have been experimenting with the technology with varying results. AR has started to find success, not through headsets but through apps on smartphones and tablets, with companies like Blippar using it to advertise and increase brand awareness. Another company skingz is using the tech to create signs and 3D objects in your environment using mobile devices. Si Brown, chief marketing officer and co-founder of skingz recently discussed AR advertising at WIRED Retail 2015 and how it can be used to drive sales.

At the event Brown demoed his company’s app, explaining that at events like Glastonbury for example, attendees could use their devices to find acts on a particular stages and then get specific offers for the artists albums. “Purchasing, for me, isn’t just about paying your money up, its about the whole transaction. How easy was it for you, how does it feel,” he said, reports WIRED.

And this says Brown could be the future of AR. Where users simply hold their device aloft and the environment is filled with augmented information on restaurants or places of interest rather than searching via a browser. “Who actually does own the sky?” he asked. While walking to a store or supermarket shoppers could see different discounts being offered. Rival stores could then battle it out trying to tempt people in with their latest deals. “How could Tesco stop Asda from putting that up there? Sponsors will say you can’t have that in there, who says so?”

“This gives you the ability to place your own content,” he adds “The content is there if you want it, but its not intrusive.”

The potential for this type of application for AR may encourage retailers to pursue the tech further, its whether consumers will embrace it.

VRFocus will continue to bring you all the latest AR news as further announcements are made.

The post skingz Co-Founder: AR Advertising ‘gives you the ability to place your own content’ appeared first on VRFocus.