“We are honoured to be in partnership with so many reputable game studios,” said Guy Bendov, CEO of Side-Kick Games. “We’re aggressively fuelling fun in the $100 billion VR market, and the variety of licenses and game genres represented will allow us to bolster our portfolio and realise our goal of bringing high quality, accessible entertainment to mobile VR.”

Bogdan Iliesiu, CEO of Angry Mob Games, describes Guerrilla Bob as a VR experience unlike any other: “Bob’s camera view point is super enjoyable for longer play sessions, with smooth over the top views, and tiny rebels coming at you from all over the place. We’re super excited to be working with Sidekick Games to bring the best experience to the major VR devices.” 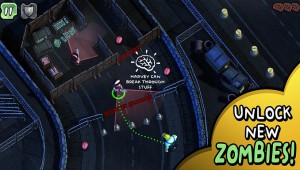 Additionally, Side-Kick Games has revealed that it will be bringing the popular Oculus Rift demo Temple of Merk videogame to mobile VR platforms, as well as 2 additional proprietary titles, Bowling VR and Golf VR. All titles are scheduled for release later this year through early 2016 across mobile VR platforms and VRFocus will keep you updated with any further information.