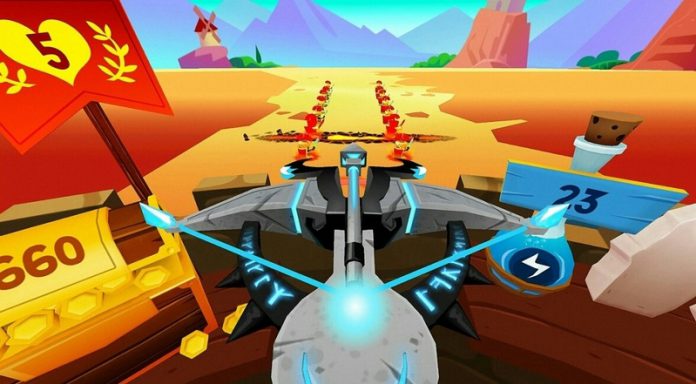 Side-Kick Games is one of a handful of developers that’s focusing on mobile-based virtual reality (VR) over the bigger PC and console experiences right now. The company has already released a VR adaption of its popular title, Romans From Mars, in Romans From Mars 360 onto the Gear VR head-mounted display (HMD) from Samsung. This week the developer is launching that title on some new platforms as well as introducing a brand new VR videogame.

First off, Romans From Mars 360 has launched as two separate apps on the Android operating system (OS), one supporting Google Cardboard and the other supporting Merge VR. The title is going free for a limited time, and tasks players with fending off endless waves of Martians that are trying to invade earth. The Merge VR version of the title makes use of the system’s dual input feature, making it one of the first mobile VR titles to do so.

VRFocus will continue to follow that latest VR compatible releases from Side-Kick Games, reporting back with the latest updates from the company.