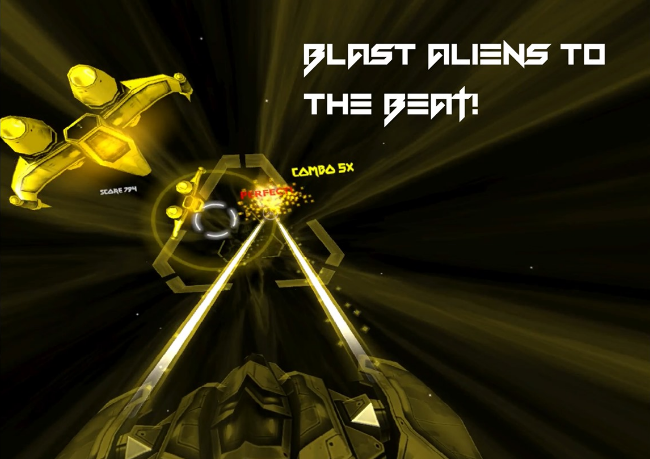 There’s no denying that Dance Dance Revolution took advantage of a great concept – hitting certain points to great (and not so great) music – this is also adopted by Guitar Hero, and with more relevance, Thumper for the PlayStation VR head-mounted display (HMD). Starship Disco also takes this approach, and it seems to be a mixed bag of genres and themes.

What is meant by it being a mixed bag is how it is not only a rhythmic title where the player has to hit certain points to complete the musical sequence, but it is also just as simple as a space shooter. Aesthetically, it takes the serious visuals that Thumper demonstrates, but then puts funky upbeat music to it – or at least in the trailer.

Players are able to import their own music, so it doesn’t always have to be the disco tracks that come with the title, making it replayable and personalised for heightened player enjoyment.

The gameplay doesn’t depend fully on the Xbox One Controller, as players will aim at the targets with their heads using their Oculus Rift head-mounted displays (HMD), and then blast the offending aliens away using a single button.

Starship Disco is currently available for £7.99 (GBP) on the Oculus Home Store.

For more on the latest Oculus Rift releases, as well as all the news, updates, and features in the world of VR, make sure to check out VRFocus.