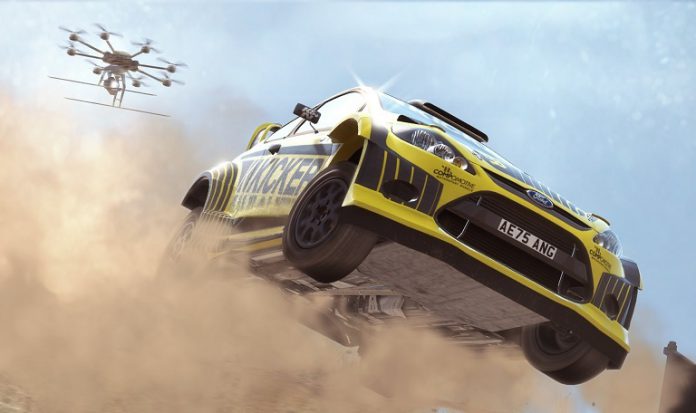 Codemasters was arguably one of the most recognisable names in videogames to have jumped on the virtual reality (VR) bandwagon early on. From officially supported mods for a number of titles to their first VR release on the second iteration of the Oculus Rift development kit (aka DK2), Toybox Turbos, it’s always been a pleasure to see what the team will come up with next. Their first official VR title for consumer hardware, DiRT Rally, is no different, offering a comprehensive VR rally experience that feels as though it was designed to be played in a head-mounted display (HMD).

The DiRT videogames have commonly been seen as a more arcade-inspired take on rally, with the depth in learning the car handling coming from a wide range of vehicle types opposed to accurate simulation. DiRT Rally is still a long way from the painstaking detail of Gran Turismo, but it eschews the mass market audience appeal in favour of a more realistic handling model. In fact, the wealth of variation in over- and understeering techniques is perhaps the closest to reality any rally videogame has yet been, which is arguably an ideal way to present the first consumer VR rally videogame.

The in-game presentation matches this ethos, too. Opposed to simply offering a range of race types, unlockable cars and liveries, DiRT Rally presents far more wealth in its career mode. Team management plays a vital part in your success, as does ensuring the right attention to detail is paid in repairing your vehicles between races. You must become aware of your own driving style and invest predominantly in the physical areas of the car which you know will take the most beating in the next event.

In addition to the career mode DiRT Rally VR features a wealth of other gameplay options, including customisable championships, player-versus-player (PvP) online racing and multiplayer tournaments/timed events organised by Codemasters themselves. Each of these gameplay options mirror the career mode in its punishing but encouraging gameplay design. However, while there’s enough content in just this aspect of gameplay to comment on for the entire review, the real meat of DiRT Rally VR is in that two letter affix. 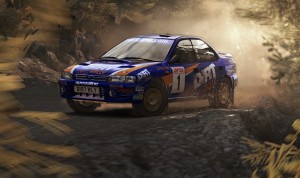 Despite being distributed via Oculus Home, DiRT Rally VR took quite some adjustment to perform as intended in VR. Tweaking of both the in-game options and the Oculus Rift’s Constellation tracker was needed in order to ensure that the player was positioned in the correct place (a taller player begun sitting atop the car, whilst a shorter player could not see over the steering wheel). It’s a questionable issue that there’s no camera reset button as standard in the Oculus Rift version of DiRT Rally, despite that ‘VR’ moniker. Elsewhere however, significant effort has been made to ensure that DiRT Rally VR does deliver the best experience for your own personal comfort level with many options to adjust performance and affect on the player’s viewpoint.

Once the player has customised the visual delivery of Oculus Rift to their liking, there simply is no better way to experience rally videogames. With DiRT Rally already available on PC, Xbox One and PlayStation VR, offering a comparable experience to DiRT Rally VR is easy. Quite frankly, using an Oculus Rift gives such a fuller, immersive experience that playing in VR is the only way to truly experience DiRT Rally. Given that modern VR is still very much in its youth, and the fact that Codemasters seem very keen to continue to support the medium, DiRT Rally VR is a sign of very good things still to come.