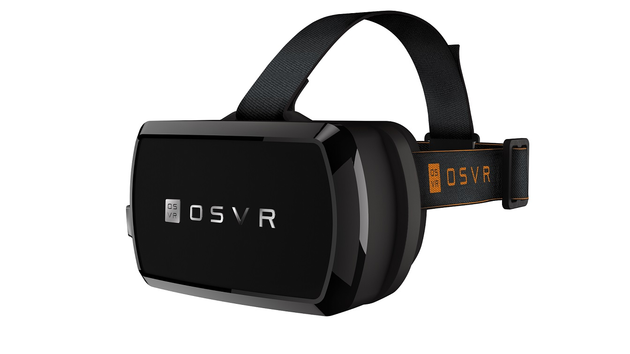 Razer, the organizers of Open Source Virtual Reality (OSVR), has today announced that more than 70 new partners have joined the programme. An open software and hardware platform for virtual reality (VR), the increase brings the total number of supporters to 300, making it the largest open source VR ecosystem in the industry.

OSVR is fronted by the OSVR Hacker Dev Kit, which is currently shipping to developers, educational and industry sectors. Limited numbers of the Hacker Dev Kit have been made available to the public also, available to order from the official OSVR website.

New additions to the OSVR programme include head-mounted display (HMD) manufacturers ANTVR, videogame developers Broken Window Studio (Grave, Reflections) and Coatsink Software (Esper, Esper 2), and MMOne Company, creators of a thrill ride designed for use with VR devices. The full description of all the new partners, verbatim from Razer, follows below and VRFocus will keep you updated with all the latest details on OSVR.

3D Fantastic Reality seeks to combine the latest Virtual Reality software and hardware technology available, to be on the forefront of future trends. Current products include interactive collaborative gaming for several people to share the same virtual space experience.

ANTVR, a China VR company focusing on the development of HMD with distortion-free optical solution. ANTVR continues research and development of better display solution to present the best imaging for VR users.

ARToolKit is a cross-platform SDK for creating augmented reality experiences. First shown in public in 1999, ARToolKit was acquired by DAQRI and released as a Free and Open Source project under a LGPL license in May 2015.

Aurora Gaming is a newly founded Virtual Reality Gaming Lounge based in Dubai who specialize in creating a more immersive and engaging gaming moments by transforming the current sit and stare gaming setup into something more interactive.

Beloola is a WebVR social platform which enables people or companies to easily create 3D spaces, embed in its contents from the best of breed platform (Facebook, YouTube, Spotify …) and then easily share with other people to congregate in the same space.

BinaryVR develops 3D avatar creation and real-time facial tracking technology. Users will be able to create a personalized 3D face from 2D facial photos to track and retarget their facial animations in any transformed CG character or avatar mode.

Coatsink Software Ltd, developers of Esper and Gang Beasts VR, are looking at bringing a VR title to OSVR in the future.

CorvusVR is an experimental indie VR developer with a focus on Mobile VR.

Deepoon provides a professional virtual reality solution for business and consumers both on mobile platform and Windows platform. Deepoon HMD brings the users into an immersive sight with optimization of latency and large FOV, and also provides a game/video distribution platform for consumers and Deepoon SDK for developers.

Diffract Interactive is an independent game studio focusing exclusively on developing AR/VR content. Their first VR title, a first person archery game, will be released in 2016 for PC and Arcade machines.

Digital Hollywood Univ, VR lab is developing new type of HMD design and experience that focuses not only entertainment but educational experience and social communication.

EON Reality is the World Leader in Virtual and Augmented Reality based knowledge transfer for Industry, Education, and Edutainment.

Evolution Auto Concepts will be opening a Virtual Reality Arcade and will be developing immersive walk through experiences and First Person Shooters.

Exis. LLC has developed SprintR, a wireless footpad that lets you easily walk, run, and jump in VR.

Glowstick Games is looking to bring their VR content to OSVR and to contribute their experience to the ecosystem.

HandyGames are game developers and supporters of VR and the OSVR platform.

HubVR offers a viable commercial channel for OSVR-supporting game developers interested in creating games with a heavy reliance on these products. Additionally, HubVR will help validate the OSVR platform in a commercial setting designed from the ground-up for VR entertainment, something no other OSVR partner is attempting.

Institute for Information Industry is a Taiwan government affiliated unit founded to execute IT related projects. They are creating a conducive environment for VR developers in Taiwan who develop HMDs, software, and hardware. They also provide technical guidance.

The JR Hildebrand Education initiative is building educational content through real world applications of math and science in motorsport. IndyLabVR is an extension of proven curriculum-based content that brings VR into the classroom as a game-changing tool to reignite engagement and excitement in STEM topics, and transport users to environments never before accessible.

Koolbit is a leading mobile and social casino game developer with the largest library of slot machines for mobile.

Ionized Games developed CAT Interstellar a science fiction game that leverages the power of virtual reality to immerse the player in a new world.

Lucidscape Technologies Inc is building a new kind of massively-distributed 3D simulation engine to power the vast network of interconnected virtual worlds known as the Metaverse.

Miraisens, Inc. is the leading company for 3DHaptics Technology. Players can experience ‘the presence of objects’ as if they existed there physically in virtual reality and video games.

NUIA Inc connects natural interaction sensors like 3D cameras, speech engines and eye trackers through a standardized and vendor-agnostic software platform with any device and application.

Opaque Media Group developed Earthlight, a VR game that allows players to experience the journey of becoming an astronaut. Developed in collaboration with NASA, Earthlight features the most realistic depiction of the International Space Station and Low Earth Orbit environment.

Praevidi is a boutique design group that is filling the void for peripherals and accessory products in the VR space with their first offering, the Turris.

ROD USA LLC is an amusement park equipment company founded in Brazil that recently moved to the US and, in partnership with Rilix Coaster (Brazil), have begun exploring the market for VR simulators.

SCALE-1 PORTAL is a leading French company specializing in affordable projection-based virtual reality solutions. The startup focuses in providing virtual reality solutions and services to the VR industry, the Real-Estate & Construction, and Entertainment markets. The company also includes an internal development studio which handles the production of SCALE-1 PORTAL their own IP.

Scienverse is the first universal virtual world allowing for easy access to VR apps, and socializing with other people. Scienverse makes every app compatible with any operating system or VR device.

Singularity Lab is a company focused on VR and AR technologies, working on creating a full body tracking solution and a VR MMO game with unique gameplay, based on the actual physical skill of the player.

Split Reality VR is using OSVR headsets to take you down the rabbit hole. The fantastic worlds of SplitVR come alive through the lenses of OSVR headsets.

SONAR is a new kind of cinematic entertainment, striking a balance between traditional movies and interactive media. The short film is a 3D-360° computer-generated sci-fi experience for various virtual reality headsets.

Soverance Studios is a two-man indie team working to bring innovative experiences to virtual reality. Their upcoming title, Ethereal Legends, is a turn-based RPG for virtual reality built in Unreal Engine 4. With a heavy focus on strategic combat, environment puzzles, and huge boss fights, Ethereal Legends aims to bring epic high fantasy to the next generation.

Spectral Reality builds novel and affordable immersive projection systems based on off the shelf components.

Total Cinema 360 is a production house and software development company that believes in the untapped potential of 360 video and virtual reality technology to redefine the creative boundaries of audio/visual storytelling. Founded in early 2013 by New York based filmmakers, Total Cinema 360 has since produced VR content in all facets of the entertainment industry including projects for Disney, MTV, Gannett Digital, Royal Caribbean, MetLife, and DKNY. They created the Total Cinema Player to provide comprehensive distribution solutions for 360 video across all platforms and were one of the first companies to release live action 360 video content.

Vae Victis is an independent game development studio based in Italy. Vae Victis team is constantly involved in research to increase ecreativity throughout new technology of gaming and virtual reality.

VRD is a HMD that works with a lot of game formats and 3D applications. They are developing a solution to integrate multiple tracking formats, such as Oculus DK1, DK2, FreeTrack, TrackIR, Air mouse and other.

VRGO is an easy to use locomotion device for virtual reality. Wireless, hands free, and compact, the chair provides natural motion to the VR experience.

Viewpoint Games specializes in virtual reality content and has released VR Karts, a game on the new generation of VR hardware

Virtual Reality Concepting’s goal is to develop a framework for VR/AR experiences that is affordable and scalable for future development by working with hardware, software, and VR, AR and marketing partners. They plan to develop natural feeling and immersive content for clients by hosting and technical support on location.

VirZOOM Inc created the VirZOOM Controller to propel users through VR games, such as powering a horse in a race, a tank in battle, a fire-breathing dragon through mountains.

Vizor is a platform for creating and sharing VR content on the web. The 3D content editor is easy to use, using the advantages of the web and can do real-time collaboration by sharing the URL.

Vrse Inc is a virtual reality media and technology company that develops advanced technology for telling stories in immersive media. Vrse’s platform is available across all major VR headsets, as well as iOS and Android, and houses a curated collection of the highest quality cinematic, story-driven content available today in virtual reality.

Winged Minds developed VRIS, a universal system of scripts that provides the user with real interaction in the virtual world. It is applicable to any experience with easy modifications and trying to give support to the largest number of HMD´s and motion controls.

WizDish Ltd developed the ROVR, a VR locomotion platform that allows users to walk or run in VR worlds. Nissan, Dominator Yachts and Wells Fargo are using it for experiential marketing, and it is now available for home users.

World Order Studios brings back the era of gaming that does not rely on “Early Access” sales to deliver content.

ZOOV360 is one of the first developers in Brazil to produce content in virtual reality. They are working on the development of virtual reality, focusing on tourism and education.

Ziran: Passage to Nature is an on rails VR experience boat ride through nature in calm waters inspired by Taroko Gorge in Taiwan. This experience is aimed for all audiences and especially great for first time users of VR.