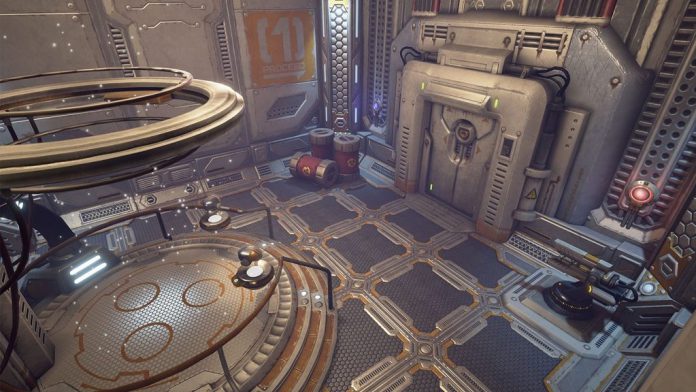 Back when Oculus VR Share existed as a community for Oculus Rift DK2 owners and developers to experiment and upload their latest creations, Pixel Federation released its first virtual reality (VR) effort onto the world, CoLab – First Rooms. That was back in February this year and today the studio has now released a follow on from that initial project, this time for the Samsung Gear VR, called CoLab – Trial Rooms.

Just as the first videogame CoLab – Trial Rooms is about working your way through a labyrinth of puzzles, putting players problem solving skills to the test. This is all set to a backdrop of a VR reality show, where the show’s host will help players through the maze by offering advice, only problem is most of it’s for his amusement rather than your success.

CoLab – Trial Rooms isn’t a fully fledged videogame just yet, hence why its free. At the moment it’s a demo designed to be a short narrative experience that’s good to showcase VR to first time players.

Pixel Federation is looking for as much feedback as possible from the Oculus Rift community as development continues, whether its good, bad or an idea that might work.

As Pixel Federation releases new updates or reveals any more details VRFocus will bring you the latest.