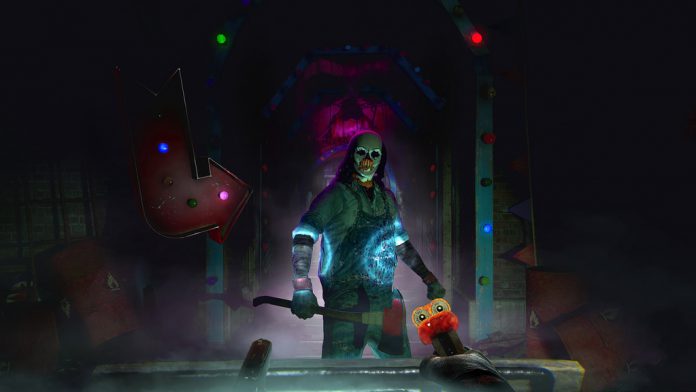 This weekend sees the second ever PlayStation Experience fan event get underway in San Francisco, California’s Moscone Center from 5th – 6th December 2015. As with last year’s inaugural event, it will feature two days of hands-on time with new PlayStation 4 and PlayStation Vita titles as well as panels, podcasts and, of course, an opening keynote from Sony Computer Entertainment (SCE) itself. Also on display at this year’s show is PlayStation VR, the virtual reality (VR) head-mounted display (HMD) on the way to PlayStation 4. This week, the full line-up of playable VR titles has been confirmed for the show.

VRFocus had already reported that Guerrilla Cambridge’s RIGS: Mechanized Combat League and Uber Entertainment’s Wayward Sky would be at the event. Joining them is a long list of usual suspects for VR event demos along with a few surprises. Rebellion’s tank battling reboot, Battlezone, will be there along with CCP Games’ anticipated space combat simulator, EVE: Valkyrie. Harmonix will be bringing Harmonix Music VR, a music visualiser that notably isn’t the newly-announced Rock Band VR, which is on its way to the Oculus Rift.

In terms of surprises, then, there are several VR firsts for PlayStation Experience. Evolution Studios’ DriveClub made a prototype VR debut to press at Paris Games Week back in October and here it will be available to the public too. Indie developer KO-OP’s wholly unique puzzle title, GNOG, will also be shown in VR for the very first time, while Pentadimensional’s Megaton Rainfall makes its first appearance since being announced for PlayStation VR earlier in the year. Finally, it appears that the public debut of Until Dawn: Rush of Blood, the spin-off to this year’s horror hit, will also be made at the show.

Hopefully some more surprises will be revealed at SCE’s Keynote speech tomorrow when it kicks off at 10:00 PST. VRFocus will be at PSX to cover all of these titles and any further news.