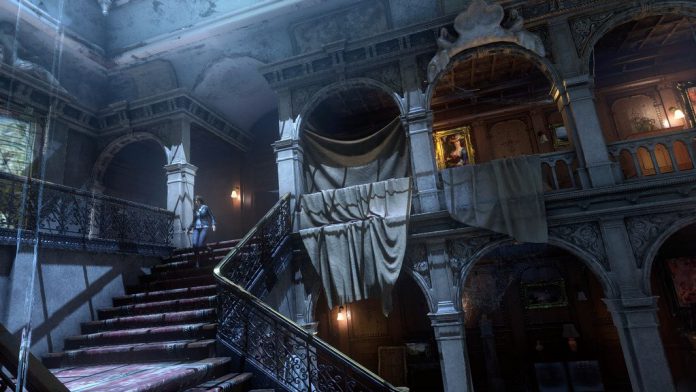 On 11th October Square Enix will launch Rise of the Tomb Raider: 20 Year Celebration on the PlayStation 4, and with it there’ll be a PlayStation VR mission.

Blood Ties revolves around Lara Croft’s uncle challenges her ownership of Croft Manor in the wake of her father’s death. She must reclaim her legacy and prove that she is the rightful heir by confronting her past head on. Players will uncover a family mystery across the course of an hour of new story as they explore Lara’s childhood.

The release with also include a Blood Ties Nightmare mode where Lara will have to confront hordes of zombies, an Endurance co-op mode, as well as five classic Lara Croft skins from previous titles and all the DLC: Baba Yaga: The Temple of the Witch, Endurance Mode, Cold Darkness Awakened, 12 outfits, 7 weapons, and 35 expedition cards. The other modes don’t look to support the PlayStation VR HMD, just the single-player.

This addition is another boon for SIE’s PlayStation VR which should feature a wealth of content when it launches. And between the headsets arrival and the end of the year over 50 titles should become available with Into The Deep, VR Luge, The London Heist, Scavengers Odyssey and Danger Ball, all part of the PlayStation VR Worlds compilation, RIGS: Mechanized Combat League, The Playroom VR, Eagle Flight, Rez Infinite, Until Dawn: Rush of Blood, VR Tennis Online and Fly to KUMA all confirmed to be available.

VRFocus will continue its coverage of PlayStation VR, reporting back with any further announcements.