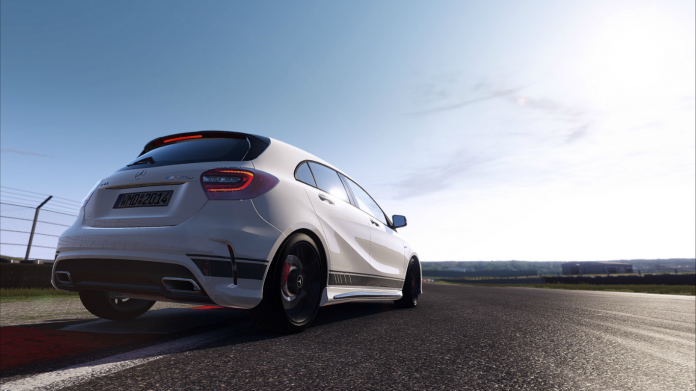 One of the earliest AAA videogames to pledge support to the Oculus Rift head-mounted display (HMD) has to be Project CARS, the popular racing simulation from Slightly Mad Studios. The developer has integrated support for the kit’s second development kit (DK2) for the past few years and has more recently been focused on optimising it in preparation for the launch of the consumer version of the device in March 2016. When the much anticipated device does finally arrive, however, Slightly Mad Studios will add a ‘whole bunch’ of VR extras to the title.

The team confirmed as much in a new thread on the Oculus Subreddit in which it announced a new patch that will arrive today and add support for the public version of Oculus VR’s 0.8 software development kit (SDK).

“We’re rolling out a patch today that will bring the public version up to SDK 0.8,” the team noted. “Internally we have been working for a few weeks now with the RC SDK, and as the final version will only be released when the CV1 hits the street, this means that any updates we’ve been working on will also roll out when that happens. So short term that means that you won’t be getting any new features/fixes for Project CARS, but luckily it’s only a very short time. As soon as the CV1 goes live, you’ll be receiving a game update with a whole bunch of features, fixes, and optimizations.”

Project CARS first launched early last year, and allows players to take part in various disciplines of racing. While work on the original title continues, Slightly Mad Studios has also announced a sequel, Project CARS 2, though it’s yet to be confirmed if this will also be supporting VR.

For the latest updates on the VR support for Project CARS, stay tuned to VRFocus.