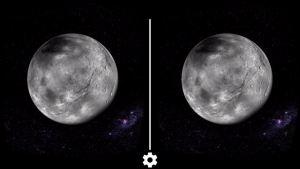 Take a ride of a lifetime aboard New Horizons! Travel to Pluto and the very edge of our solar system in this exciting, full 360-degree, Virtual Reality 3D show based on real images. Starting 5 million km away, fly to within 12,500 km of Pluto and gaze where no man has gone before – upon the distant dwarf planet and its 5 moons, all reconstructed in both scale and orbits. See if you can find all 5 moons! It is a challenge, as the smallest is just 5 km across. This app is full 360 degrees and has two modes: Flyby and Orbit. In Orbit mode you can orbit and orient yourself to Pluto and Charon. This app is a part of “Space: The Final Frontier”, the new solar system series by ConVRter Technologies. It is educational, informative and entertaining. Come see the planets as no one has ever seen them before! 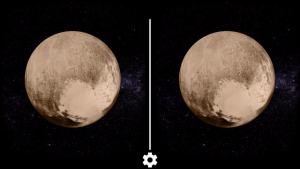 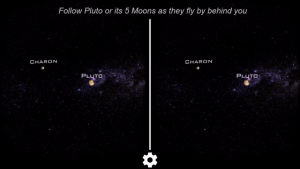 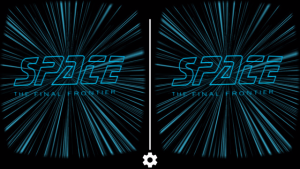