For PlayStation VR fans in the US if you haven’t managed to pre-order the head-mounted display (HMD) by now then you probably won’t be receiving one on launch day, due to most retailers selling out of their allocated stock from Sony Interactive Entertainment (SIE). In the UK however it’s a completely different story. There are still several retailers listing pre-order availability for the device, most just offering the standard package at £349.99 GBP, with the (not so) optional accessories and some still having bundles.

VRFocus has found seven of the biggest UK retailers still have allocated stock for sale, so if you’re interested then you’ll need to be quick just in case. The companies are GAME, Argos, Tesco Direct, Zavvi, GameStop, Amazon and Very.

GAME is the dominant force on the UK high street when it comes to videogames but it also has a strong online presence. The retailer has approximately 332 stores across the country which might be taking pre-orders for PlayStation VR, but for this article it’s only the online store we’re looking at. Ordering online is also the quickest way to guarantee your order will be full filled. GAME is currently offering the headset at the standard price with several bundle options available that include software. For the additional accessories, PlayStation 4 Camera and PlayStation Move Controllers buyers will have to purchase them separately, costing £53.46 (pre-owned) and £39.99 respectively.

The other retailer on our list with brick-and-mortar stores is Argos. Through the company’s website the retailer has the standard deal plus two bundles available, this time with the additional accessories. For the PlayStation VR and PS4 Camera the bundle costs £389.97, while the headset, PS4 Camera and one PlayStation Move Controller £414.97. Some titles will require two PlayStation Moves, but Argos doesn’t currently sell them separately.

Next up is Tesco Direct. While the company does have large superstores all over the UK, it seems as though the online store is the only place the retailer is offering PlayStation VR at the moment. Tesco only offers the device in its standard deal, just the headset but it is slightly cheaper at £349.00, saving £0.99 off the regular price. The PS4 Camera can be bought separately but the company doesn’t sell the PlayStation Move controllers. 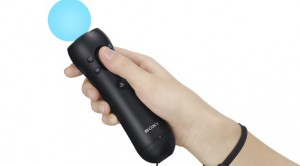 Online retailer Zavvi has two options available. The PlayStation VR headset for £349.99 or with the PS4 Camera for £399.98. There’s no listing on the website for a bundle with software or PlayStation Move controllers, and the controllers aren’t sold on their own by the company.

GameStop another dedicated videogame retailer more well known in the US than the UK, currently only offers the standalone headset at £349.97. The company does however list both of the main accessories, with the PS4 Camera brand new for £43.97 and PlayStation Move controller £33.97 (single).

Global retailing giant Amazon does have everything available to order separately, with the HMD at £349.00, the PS4 Camera at £41.87 and single PlayStation Move controllers for £29.99.

What amount of allocated stock each of the retailers listed still currently has left isn’t detailed on the websites. But with so many still offering pre-orders for the PlayStation VR there’s still time to grab one. Gamers may need to shop around and get the accessories from different places for the best deal, as the PlayStation 4 Camera is a crucial part of the kit, but the Move controllers aren’t needed for every title.