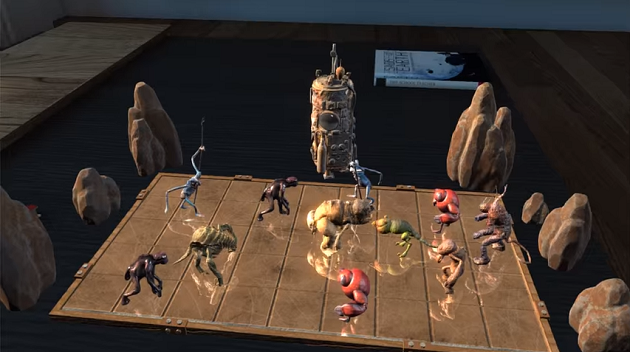 HoloGrid: Monster Battle is a hybrid Collectible Card Game (CCG) /turn-based tactical strategy game. Players will be able to play head-to-head, locally or online, as well as offline. A physical board will also be developed for non-digital gaming.

“We’re excited to be launching this Kickstarter with Phil Tippett and his studio, and bringing to life a game so many of us have always wanted to play,” said Mike Levine, President of Happy Giant. “This is our first step into a new world of AR gaming, and while we are launching it on mobile initially so everyone can play it, out long term vision is to bring it to emerging AR and VR platforms.”

VRFocus will bring you further updates on the campaigns progress over the coming weeks.