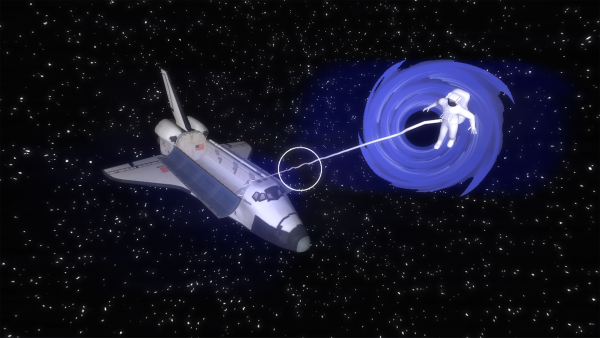 Most virtual reality (VR) videogames start from the bottom and work their way up through different stages of development, especially in such a community-strong industry. The space-based physics puzzle game, Nebulous, was showcased at GDC 2015 and has moved its way from being Greenlit to now being available on Steam Early Access from today, and is designed with the Oculus Rift VR head-mounted display (HMD) in mind, and also plans of a version to be released for PlayStation VR (PSVR).

Developed by Namazu Studios, Nebulous a space puzzle game in which you have to help Commander Dash Johnson, a trapped astronaut, through mazes in search of the next wormhole. The mazes are set out on a cube with up to 5 playfields, obstacles including gravity, trampolines, lasers, and conveyor belts.

The game has been said to be lined up for PlayStation 4 before, and with the recent news that PSVR will be knocked back until the end of this year, it might be a while until players can try it out. the game is currently available on Steam Early Access for £6.99 GBP.

For more news and updates on VR releases stay with VRFocus.