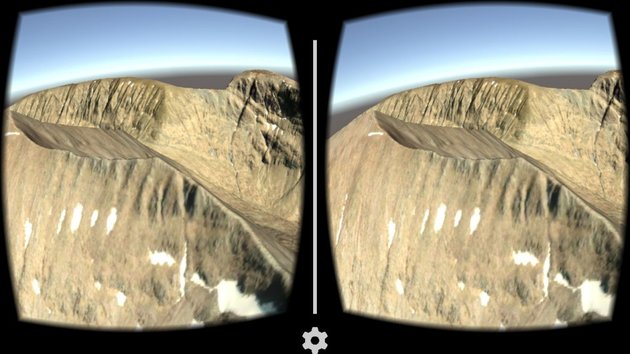 Virtual reality (VR) is set to take users all across the globe and beyond. While some developers are creating entirely new worlds for us to visit, others are making tourist hot spots and iconic landmarks on Earth much easier to visit. One group working in the latter category is Ordnance Survey, the UK-based map-making agency. This week it’s been revealed that it has been using real data to recreate the UK’s tallest mountain, Ben Nevis, for exploring within VR head-mounted displays (HMDs) such as the Oculus Rift and Google Cardboard.

Ordnance Survey has launched OS Virtual Reality – Ben Nevis via its own website for the Oculus Rift and also onto the Google Play Store for the iOS and Android operating systems (OSs) for Google Cardboard. The PC version of the experience allows players to explore the environment in order to find a hidden trig pillar before time runs out, while the mobile version simply offers a VR tour of the mountain, which is located in Scotland.

The piece was created using the Unity 3D engine and presents a 1:4 scale version of Ben Nevis that covers a 10×10 km area. The Oculus Rift version will be on display at various careers fairs this month, although Ordnance Survey does note that this version can be ‘a little unsettling’.

“We don’t have any current plans to create further virtual worlds, but what we have shown is that it can be done,” Ordnance Survey said in a blog announcing the new software. “In terms of future uses, right now it’s the perfect medium for visualisation. It can be used for planning or as a test environment for running scenarios. By putting real world data into the virtual world, you gain a level of experience and understanding of an environment that can only be bettered by actually being there.”

VRFocus will continue to follow any and all uses of VR, reporting back with the latest updates from the company.