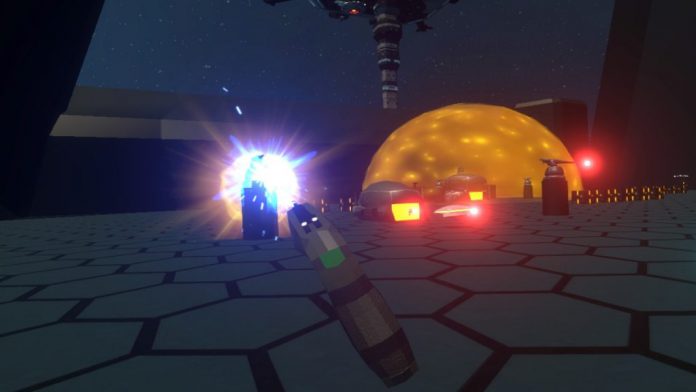 One of the latest virtual reality (VR) FPS multiplayer online titles to come to the HTC Vive head-mounted display (HMD) is Orbital Strike: Arena, and it is looking for some support in its Early Access state before it moves on to becoming a full version.

The concept is pretty simple enough and has been encountered in many titles, and is becoming an increasingly popular VR category: team up and take out your enemies with pure gun power in a futurstic setting. As it is an Early Access title there are still developments being made, but the developers want to take the players opinions into accounts, saying that “there is no point in developing features, weapons, and game modes in a vacuum.

“We need the Communities help and feedback as early as possible to make this game a success. We also only use dedicated servers to bring the best multiplayer experience for players. With Early access, we’ll have access to the funding we need for these servers, new art assets, content and marketing to continue to bring new players into the game and sustain a fun multiplayer ecosystem.”

Orbital Strike: Arena will remain in Early Access for 6 months, according to the Steam page, and in its full version there wll be new weapons, abilities, and game modes. Currently, players must destroy the enemy’s Headquarters while defending their own in a “3v3 MOBA-like game mode, Base Attack”.

It is available on Steam for £10.99 (GBP), and is only playable on the HTC Vive HMD. The price is expected to be brought up as there is new content and features for the final version.

For more of the latest releases for the HTC Vive, as well as all the news and updates in the world of VR, make sure to check back with VRFocus.