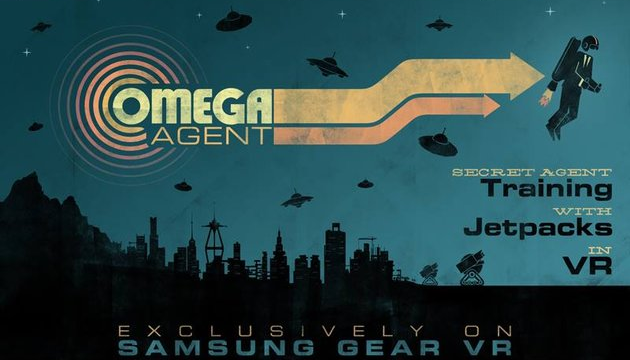 Last year Fireproof Games, the popular indie developer behind The Room mobile puzzle series, revealed Omega Agent, a brand new virtual reality (VR) videogame for the Gear VR mobile head-mounted display (HMD). The jetpack-based experience has come a long way since its reveal alongside the device itself, having released for the Innovator Editions of the kit earlier this year. Fireproof Games has also confirmed its intentions to bring the project to other VR HMDs numerous times, but has this week seemingly confirmed that it will definitely be arriving on the PlayStation VR HMD for PlayStation 4.

Confirmation comes by way of PlayStation LifeStyle, which features Fireproof Games in its ongoing ‘PlayStation VR Conversations’ interview series and explicitly states that the developer is working on a version of the title for Sony Computer Entertainment’s (SCE’s) device.

Studio co-founder Barry Meade even spoke as to why he thinks HMDs such as PlayStation VR and the Oculus Rift (which will likely also be getting the title) will be sticking around: “But companies like Facebook and Sony (and Samsung, and Valve) are simply not going anywhere and have the juice to see VR through quite a few years to build it up into what it needs to be. So to answer your question better and more fairly, I’d think unless Valve fires their hardware department and Facebook take a suicide run off a cliff, Sony and the others will be in it for the long haul too,” he said.

Omega Agent is a first-person experience in which payers explore a remote island that serves as a training facility for Cold War super-spies.  VRFocus will continue to follow the title closely, reporting back with any further updates on its progress.